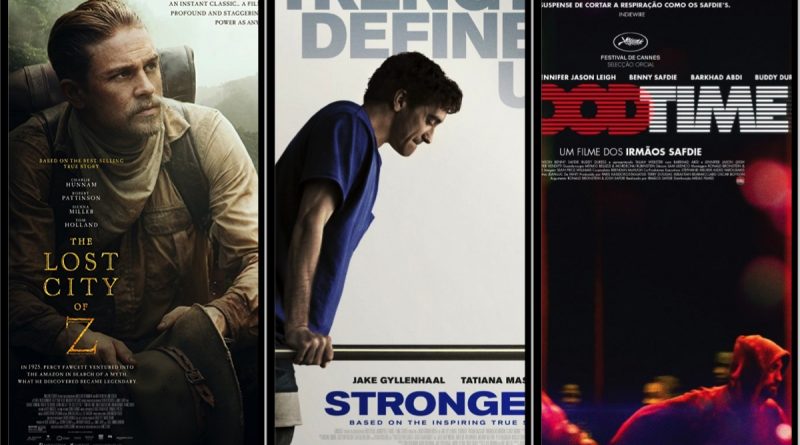 Hey guys, since it’s getting to that ending time of the year, I figured I’d try to pick off as many films that I wanted to see that I missed in theaters, so here’s some quick reviews of 500 words or less, with summaries of 20 words or less, starting with…

The Lost City of Z

A British soldier/geographer gets roped into a mission to South America that starts an obsession with a “lost city”.

This movie was pretty good. It was a competent, workable story about the adventures of one Percy Fawcett (Charlie Hunnam). The acting was good all around, the music was good enough for the kind of movie it was, and the pacing was surprisingly good for just how much ground this movie decided to cover.

Now when I first got into this movie, I had no idea it was a biopic. When I finally realized it was one, it made sense to me. That’s because this film is flawed in the same way that most biopics are flawed: it covers too much ground and covers too many themes, and thus covers no theme very well.

Aside from just documenting Fawcett’s life, there’s not much that can be said about The Lost City of Z. At one point, they decide to talk about prejudice and racism. Another moment they’re bringing up sexism. Still another moment they seem to be talking family. And then yet another time, they seem to be talking about following your dreams. There are even more themes than the ones I just mentioned, and the fact that the movie decides to be about so many things made a lot of this story feel scatter-brained and forgettable.

Charlie Hunnam does a good job, and so does Tom Holland, Emperor Palpatine, and just about everyone else, but no one ever does better than good.

The only one that gets close to exceptional is Robert Pattinson, who somehow took an otherwise mellow, mild-mannered side character and made him into the most interesting person in the entire movie.

There’s nothing the film really gets wrong, except for the three minutes they touch on sexism, and that scene was utterly cheesy, cliché, and overdone. It also was accompanied by an extremely unconvincing child performance that ruined the scene even further. Not only that, but the film never really creates that scene into some sort of meaningful arc or story element. It just happened, and then it was done.

Anyway, I liked this movie, but I highly doubt I will ever garner any such desire to see it again.

Some schmuck becomes one of the victims of the Boston Marathon bombing, and now must deal with the aftermath.

This movie is yet another biopic. At face value, this film should be as forgettable as most other biopics. Shoot, there was already a movie out last year about the Boston Bombing, Patriots Day, and I have already forgotten about that one.

However, this movie has so many elements that bring it to greatness.

The biggest one to mention is Jake Gyllenhaal and just how phenomenal his performance is. He is by far the best thing about this film. His performance brings his character to life in ways that most biopic performances can’t even come close to accomplishing.

And with every other performance being well done and fleshed out enough to work, the film is a powerhouse from start to finish.

This film was also shot exceptionally. There were so many scenes that were made more interesting simply by how they were framed. Director David Gordon Greenseemed to have a very keen awareness of just how to use the camera to maximize emotionality.

There are some cheesy moments in the story, but the film earns these moments because of just how much effort was put into the story and performances.

Movies like Patriots Day and Only the Brave come to mind when I think of cheesy scenes that don’t work. The cheesy moments felt so surface-level and heavy-handed because not enough effort was put in to earn it. Stronger was able to pull off those moments and then some.

If it wasn’t for the director and for Gyllenhaal’s trademarked dedication, Stronger would have undoubtedly been yet another decent but forgettable biopic. If you saw Life this year, and it caused you to lose doubt in Gyllenhaal as an actor, see this movie now, and your confidence will be restored.

Good Time, more like Amazing Time, am I right?

Connie’s mentally ill brother gets into trouble. Thus, Connie is desperate to find him a way out.

This film is absolutely enthralling. Nearly every single piece of this movie is fantastically executed. It has an exceptional eye for cinematography, framing, and tone. All of these elements absolutely brought Good Time to life and made it near effortless to watch.

Robert Pattinson is amazing. His character may very well be the most likable asshole of 2017. The film immediately makes you realize why he’s driven to do the things he’s doing. It gives such a sense of urgency to the plot despite the fact that the lead character is oftentimes a scumbag.

Every single other performance was phenomenal, and that includes some performances where characters, including co-director Benny Safdie, had to portray mental illnesses.

Because of the laser-focus, the established urgency, and the genuine performances, it was almost impossible for me to take my eyes off the screen.

The soundtrack for this movie did so much to make this movie stand out and give it its own unique flavor.

The film attempts to portray a sincere image of poverty, and it also allows nearly all of its characters to experience the consequences of their actions. Thus, Good Time sticks out as one of the most exceptional movies of 2017.

I fully intend to see this movie again, as I’m not entirely convinced it deserves a perfect rating, but dang if it isn’t the most enthusiastic 9 I’m about to give. 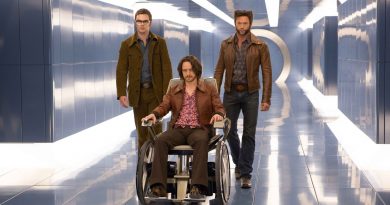 X-Men: Days Of Future Past review 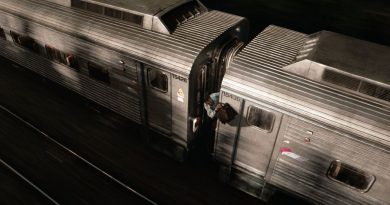 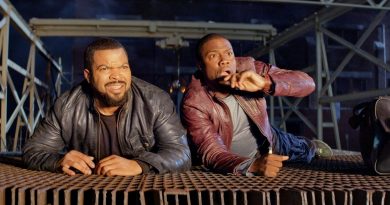