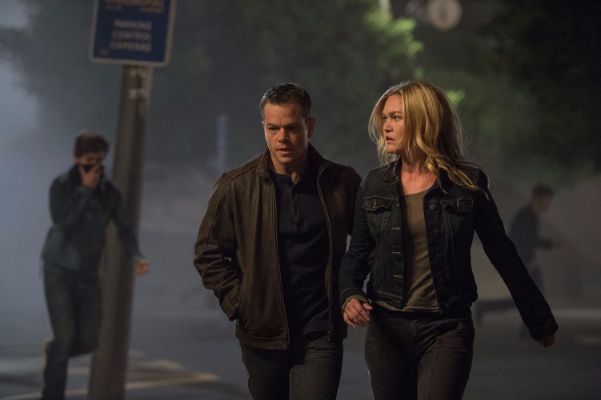 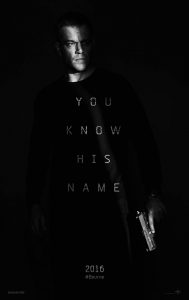 As a boy it was the unstoppable Arnold Schwarzenegger as John Matrix from Commando (1985) and Sylvester Stallone’s John Rambo (First Blood-1982) that I worshipped. Quippy one liner sign offs and final act fights with burly henchmen were what the now defunct medium of VHS were constantly showing on my TV. Die Hard’s (1988) John McClane, my personal favourite. Heroes back in the 80’s and early 90’s were very different beasts. The originality of a cinematic hero is a different thing altogether now. Our heroes today tend to be of the ‘super’ variety. Especially when it comes to the big box office money makers. The one-man army of the 1980’s is not completely lost though, 2014 (2015 for the UK release) saw a suit cladded man out for the revenge for the murder of his dog in the absolutely fantastic John Wick. The eponymous character feeling as if a paladin from another time let loose in our world.

Re-inventing James Bond was an inevitability in 2002 after the release of The Bourne Identity. Director Doug Liman injected rawness and bone splintering realism from the pages of Robert Ludlum’s books into a genre that was becoming stale. Released the same year as Pierce Brosnan’s final effort as Bond, Die Another Day. The first of the Bourne saga really exposed how tired the formula had become. Especially within the Bond universe. Matt Damon not only gave us an excellent action hero but he had the acting ability to make the film much more than a run of the mill espionage thriller. His amnesic super soldier/spy swiftly became a generations poster boy for the action and spy genre. Our hero a vulnerable, intelligent and damaged character using his wits as well as strength to overcome the enemy. A man like any other but with a particular set of skills.

The third Bourne movie, Ultimatum ended with a fairly closed final act narratively. Loose ends were mostly tied up and there was no particular need for a sequel. The possibility of further adventures were there though and Matt Damon confessed he would revisit the character if the script was good enough and if the director of the final two films in the Bourne cannon Supremacy and the afore mentioned Ultimatum, Paul Greengrass would return. The planets aligned and we were given a fourth instalment (discounting of course the dreadful spinoff The Bourne Legacy 2012) titled not so cryptically Jason Bourne.

The story picks up ten years after the events of the previous movies. Bourne has become a nomadic wanderer who bare knuckle boxes to earn the funds to keep on the move. He is still suffering flash backs incorporated with PTSD like symptoms. Also returning from the last film is Julia Stiles’s Nicky Parsons, who whilst hacking a server to uncover secrets of the programme Bourne was part of finds new conspiracies and tracks down the titular character in order to inform him. In doing this she unwittingly leads the corrupt government agency lead by a growling Tommy Lee Jones straight to Jason. Also starring is Alicia Vikander and as usual is excellent as a top ranking tech expert working alongside Lee Jones in the hunt. Her character feels a little deja-vu but has an interesting arc towards the latter third of the film.

The rest is very familiar if you have seen the previous instalments. There’s vehicular chases, an assassin out for Bourne’s blood, shaky camera action and a fight using a random household object as a weapon. It’s all there and although they work to an extent and the movie is stylish, well-acted and well written it feels ironically out of date. It is merely a re- tread(stone?) of what we have seen before. This feels extremely lazy with the talent that is involved. The entire plot is structured almost identically in its layout and events unfold predictably from the get sildenafil 20 mg cost go. The plot over complicates itself, introducing MacGuffins and unnecessary twists that feel a little underdeveloped. The character’s natural progression following his experiences in light of being found would have been a better focus.

Yes, the action scenes are good. There is a rather excellent motor cycle chase in the first twenty minutes that is particularly exciting and there is an abundance of hard hitting close quarter fights. Although the latter are filmed in a blurry rush of shaky camera moves that I am sure are meant to give the impression of high impact and energy but most of the time hinder the viewer by not allowing them to see what is actually going on and who is the pending victor. I wanted so much to love this film. I am an enormous fan of the first three movies and I strolled into the cinema with high hopes indeed. But as soundtrack stalemate Moby’s song closed the movie and the credits rolled I just felt disappointed. Feeling as if I had watched a remake. I enjoyed it enough but it was an entirely a forgettable experience. Maybe Bourne and myself have that in common.

Enjoyable enough to warrant a watch but wholly disappointing. Solid performances and direction give way to a far too similar experience to leave a lasting mark. Bourne it seems has forgotten to learn some new tricks.