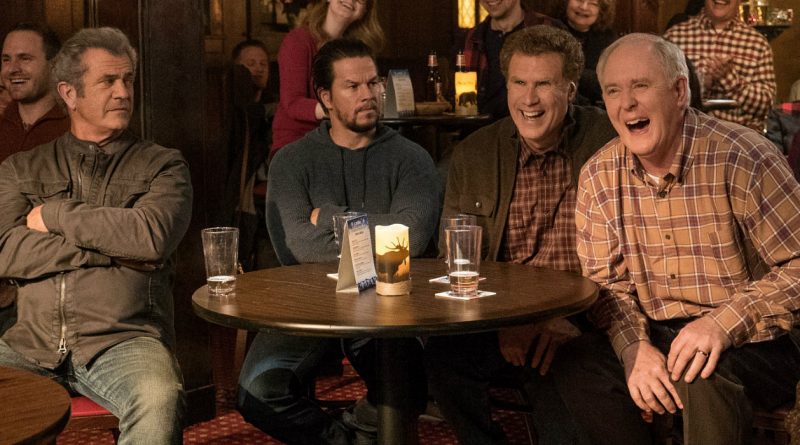 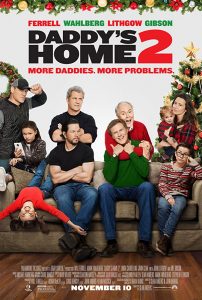 Christ, they sure did remake a gender-reversed A Bad Moms Christmas fast, didn’t they?

I jest of course, but I find it wildly hilarious than in the space of a month, Hollywood has ‘gifted’ us with two comedy sequels exploring the pressures of the Holiday season. Both feature the added elements of overbearing parents coming to visit their kids and children for the festivities; it follows the ensuing struggle for everyone to overcome their various problems before Christmas Day – or risk ruining the special time of year for their children. 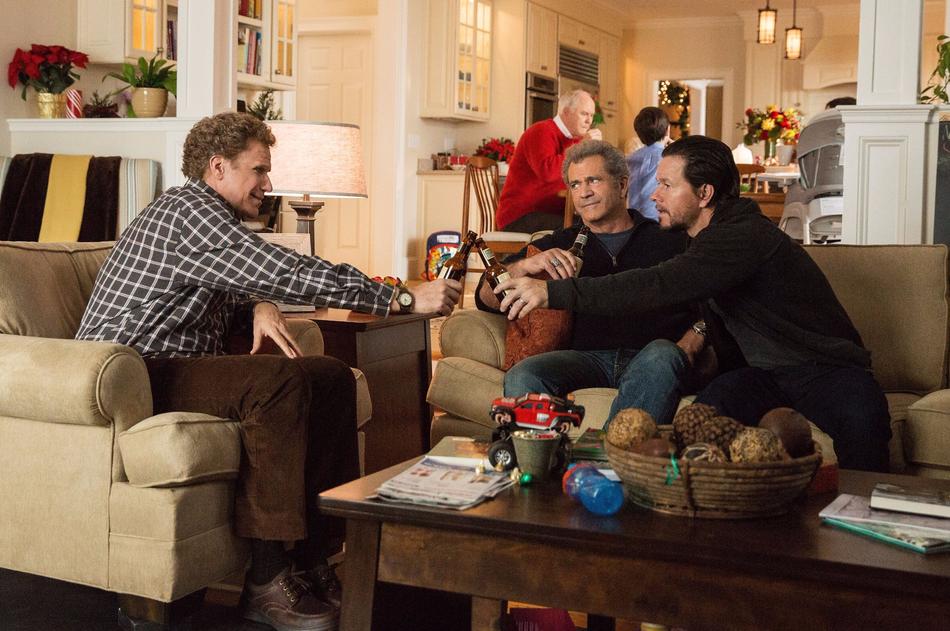 Daddy’s Home 2 picks up with Brad and Dusty’s (Will Ferrell, Mark Wahlberg) mended relationship, life in harmony with the now-extended family. Of course, it all looks set to be shattered with the arrival of their intrusive fathers (John Lithgow, Mel Gibson). The signs of the perfect ‘together Christmas’ look set to be ruined… Can they bring back the magic to the Christmas season for their loved ones?

You should know exactly what you are getting when you step into Daddy’s Home 2. Like Christmas when you’re older, there are no surprises here and everything feels like an obligation rather than for your enjoyment. Sean Anders and John Morris’ screenplay copies the formula of the first almost identically; even down to exact set-pieces being recreated (this time covered in snow) and repeated gags that had dried up in the first film. The Grandad’s addition scrapes enough of an ‘added element’ together but don’t expect reinvention. Daddy’s Home 2 is not in the game to change hearts or minds.

Despite pockets of humour and some solid gags, Daddy’s Home 2 is largely forgettable. A couple of days after my first watch I found it difficult to recall anything particularly noteworthy; nevermind a few weeks or so later where the film has all but escaped me in its entirety. It is certainly fluffy and light-hearted enough to be enjoyed in the moment as an appropriately-festive slice of entertainment, but you’ll struggle to remember much of it as the merriness has worn off some. 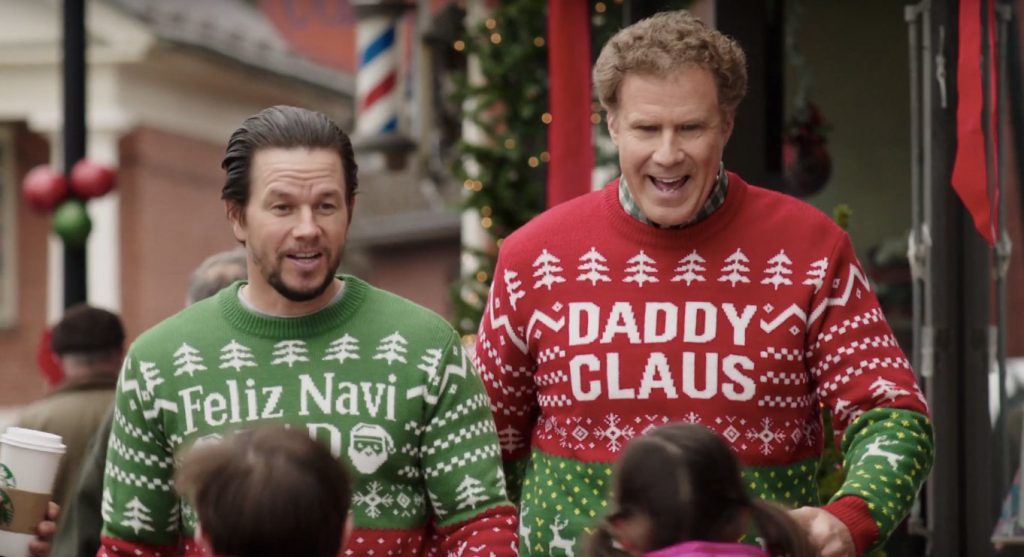 In terms of the cast, Will Ferrell gives the most Will Ferrell performance of the year, and Will Ferrell was pretty Will Ferrell in The House too. It completely feeds into his brand of comedy and is another copy-and-paste effort; he is admittedly fine at what he does, but would it hurt him to change him up? From physical slapstick to shrieky cries, it’s another safe (but unspectacular) performance that’ll pay the bills for another year. Mark Wahlberg, currently crafting a somewhat diverse filmography of his own, is equally fine as Dusty. It’s hardly a glowing addition to his roster but he’s not as irritating as he was in the first, thankfully.

John Cena is under-utilised as a competing father, with a passing appearance in the second half of the film. He does manage a handful of laughs in the final, admittedly hilarious sequence mind. John Lithgow and Mel Gibson are fine additions to the cast, each taking traits of their on-screen children to amplify to theatrically overbearing levels. Lithgow is rather charming throughout, shining as the earnest Don; while Mel Gibson’s officious Kurt is as alpha, Mel Gibson as you’d imagine. Linda Cardellini has a disappointing amount to work with, wasting away as the scarce female energy in the film. 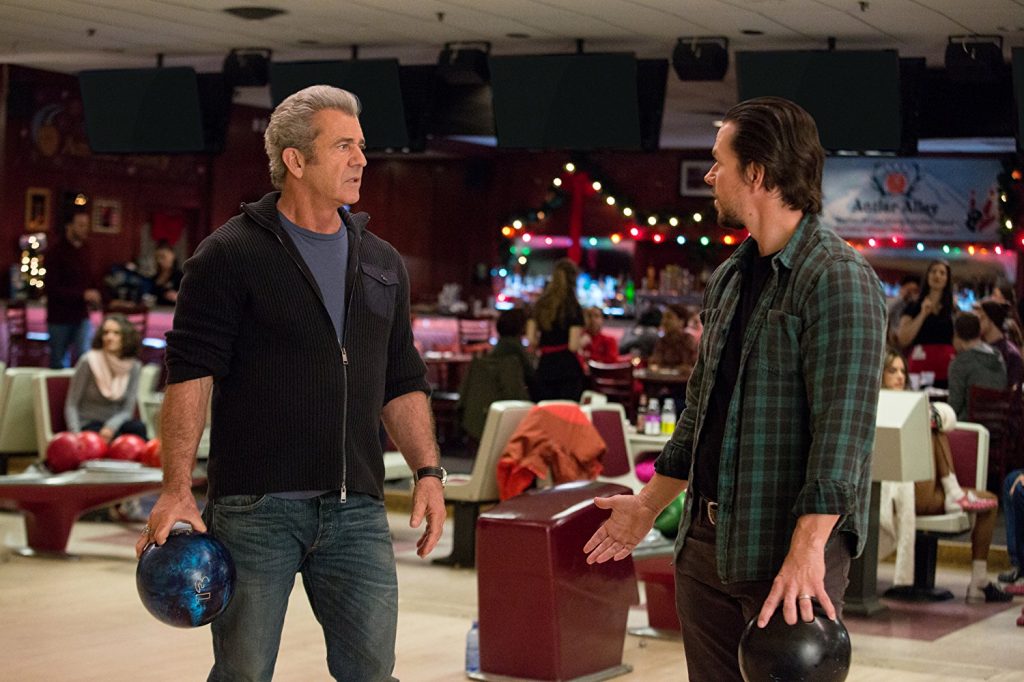 Anderss and Morris’ screenplay is heavy-handed, with the jokes glaringly obvious and usually predictable; more missing than hitting, it lacks the element of surprise and one running gag of Gibson’s Kurt encouraging the grandkids to shoot is problematic to say the least. Others – young love, shall we say – drops like a lead balloon, unfunny and overdrawn. Still, the cast’s decent dynamic is the source of some fine energy, with the cinema-set sequence finale a clear highlight. Ander’s direction is nothing to write home about but he is able to string together the various set-pieces and sequences with at least some coherence.

Daddy’s Home 2 is an underwhelming venture without the excitement to elevate it any; but for a light-hearted, fluffy Christmas comedy, you can dig out just enough enjoyment. Said enjoyment though will depend almost entirely on your enthusiasm of the first – this is hardly an improvement on that box office win. Daddy’s Home 2 is the inferior ‘bring your parents to Christmas’ sequel; it struggles to capitalise on its added wintery extras without being a complete failure. 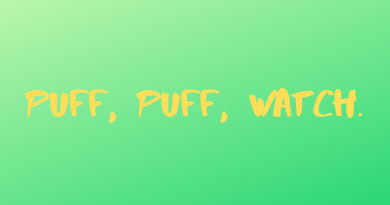 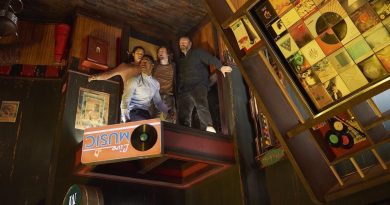 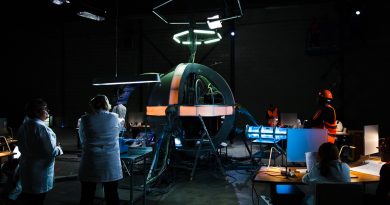