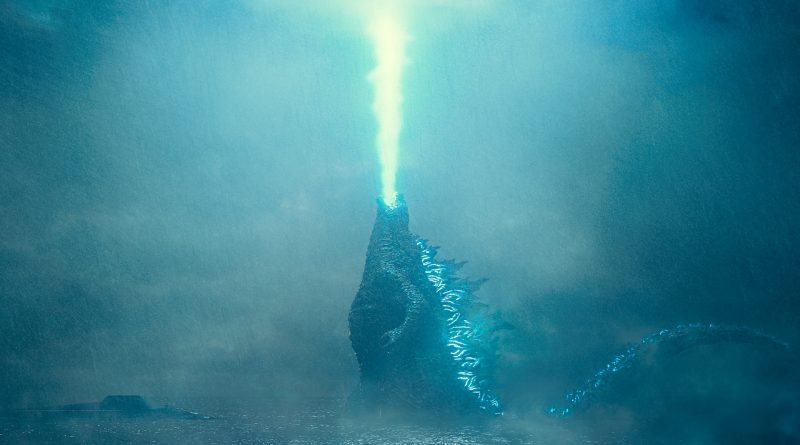 The path towards Godzilla: King of the Monsters has been, for lack of a better word, pornographic. The first all-timer trailer particularly, a blend of spellbinding monster splendour and a goosebump-boosted mix of Claire De Lune, is worthy of wet dreams. When the film opens with the titular monster’s apocalyptic roar, an aural straight-jacket of sorts, you can hear arses collapsing around you. Cherish that tingling awe; it’ll soon be replaced by (several) yawns.

Michael Dougherty’s sequel and Gareth Edwards’ 2014 movie, Godzilla, are very different. The latter is an admirably restrained look at society’s mistreatment of animals and, as goes the theme of the franchise, a condemnation of nuclear warfare (the monster is the punishment we deserve). The HALO jump scene is one of the decade’s most chilling, quietly enthralling big-budget moments.

But, some feel (myself included), that the lack of Godzilla himself (its gender is up-for-debate but in this universe, he’s a man), cheapens the experience, shortchanged and offered MUTOs in exchange. That gripe would be inconsequential if the human drama was engaging; alas, the tragedy of killing off Bryan Cranston’s character still stings, leaving us with rudimentary puppets in a film desperately needing some grip in the big boy’s absence.

The former feels like a direct response to the polarising reception over the years; a much straighter, monster-packed beat-em-up, starring a roster of Toho’s most famous Kaiju, including Mothra, Rhodan and the Dark Souls boss of this world, King Ghidora. The film takes place five years after the events in San Francisco; the story initially honing in on a family after “the day Earth discovered monsters were real”.

Mark (Kyle Russell) is separated from Emma (Vera Farmiga), who lives with their daughter Madison (Millie Bobby Brown). The pair work with crypto-zoological organisation Monarch in their efforts to track down Titans – giant creatures that once roamed and ruled the Earth (funnily enough, the MUTOs are now reclassified to fit in that category). When their experimental Orca device, which emits frequencies the monsters can respond to, gets into the wrong hands, all hell breaks loose.

Quick run-through of other big cast members: Ken Watanabe and Sally Hawkins return, although one is grossly mishandled and the other sort of muddles along; Bradley Whitford as a cheeky, wise-cracking guy (if I could tell you his actual job I would) and Silicon Valley‘s Thomas Middleditch as a fumbling, squirming reactor to all things scary; Charles Dance as an eco-terrorist spun from the same yarn as Tywin Lannister; and O’Shea Jackson as a soldier with a higher survival rate than superheroes (the amount of carnage he emerges from apparently unscathed is beyond belief).

What do the two Godzilla films of this decade have in common? The inability to have believable, tangible human stakes, with strongly-written characters. Penned by Michael Dougherty and Zach Shields, the decrepit script veers between the tedium of family fall-outs, banal attempts at humour that often stem from monster sex jokes (Whitford particularly suffers at the hands of this), and a pillow-smothering swath of exposition. Sentences are punctuated with a silent clunk, each and every dose of dialogue failing to evoke any emotional impact.

Brown, in her first feature film outing, fares best of all. As a twitching moral compass, we can find solitude in her wavering fear as Titans clash and crash. But, like many others, there’s character flaws for days: Farmiga goes through a soporific arc that’s forecasted a mile off, and Chandler’s initial trauma is quickly forgotten in aid of him being a constant pot of answers.

So, there’s not much to care for at ground-level. But hey, there’s lots of monsters this time, so it’s okay, right? Not really. Dougherty’s direction is restless; shaky cam pervades conflicts, epic scenes butchered in a smattering of cuts, mercifully stopping occasionally for one of Lawrence Sher’s wondrous shots that seem to stop time (two words: Ghidora and cross). There’s more fighting than you could ever reasonably ask for, and you may find yourself nodding in childlike-excitement at the perceptible blows, but the tussling can sometimes drown in a sea of darkness, individual textures struggling to emerge from the frustratingly-envisioned battlegrounds.

Dougherty has created a colossal spectacle; yet one that feels a bit superficial and empty. Bear McCreary’s chanty score certainly instils a real sense of occasion in each bout or rise from the ocean, but the lack of real depth in the storytelling is even more pungent with the ramshackle choreography on display. There’s an amusingly-daft, pseudo-religious detour that feels closer to Kong: Skull Island‘s nuttiness; only a brief light in a tired tale.

Kudos to the monster-makers: Godzilla is as imposing as he’s ever been; King Ghidorah is a paralysing, unfathomable beast (and the coolest representation of climate change you’ll see in a movie; Rhodan is a fiery, demonic nightmare; and Mothra is perhaps the most unlikely success of King of the Monsters – the Queen of the movie, entrancing in her Elysian, peaceful scale. There’s certainly entertainment to be found in this sequel, but it’s primitive; unlike the game-changing, orgasmic event the marketing had us believe (that said, it does confirm the Loch Ness Monster, which is cool).

A Titanic spectacle; however, the film’s tiresome tendencies outweigh some genuinely breathtaking moments. 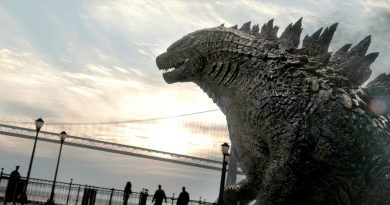 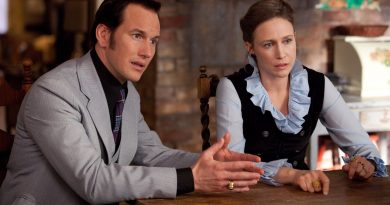 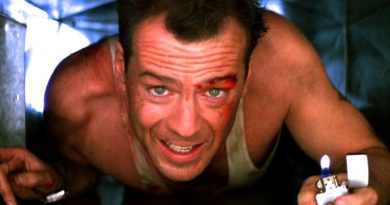