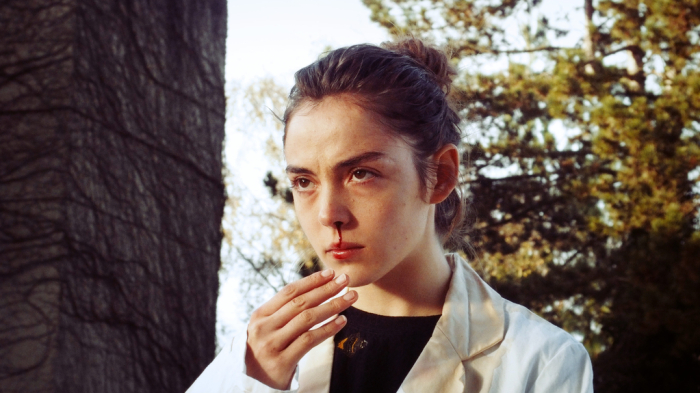 There’s a way that I think most great movies are built: they push the limits of storytelling to say something truthful, profound, and/or coherent.

I think both mainstream AND indie films are bad at this.

Mainstream movies realize that a story should actually say SOMETHING, but they’re also rigidly-tuned, corporate products that don’t push any boundaries in order to sell it to as many people as possible.

Indie movies, having no corporate overlords, try to test the bounds of storytelling in intriguing and experimental ways. And they utilize this boundary-pushing to say absolutely nothing at all.

Raw is the most profusely guilty example I have ever seen of the latter.

A vegetarian goes to a veterinarian school and, through extreme hazing, discovers she actually likes meat… a little too much.

<The rest of this review will contain spoilers. Oops>

<If you don’t want to be spoiled, just read the bottom 3 paragraphs>

Of course, this eventually leads to cannibalism. You may be thinking, “Wait, so a vegetarian who has never eaten meat in her life, is forced to eat meat, and she eventually gets a taste for human flesh? How did she jump from one extreme to another?”

Answer: She does so because the movie dives deep into abject nihilism. (Also, the movie is a little stupid. Sorry, Film Twitter.)

See, I was playing this movie in my head over and over, because it seems so weird to me that she was able to jump from one to the other, and every time I changed certain scenarios in my head, the girl typically does not come close to “discovering cannibalism” without inserting such a massive dose of nihilism.

The performances in this movie were all fine (though it’s hard to tell because I don’t know how French words are said or culturally pronounced, but I’ll just give it to them), but every single person in the story is a morally destitute asshole.

And it’s not like they’re all interesting assholes either. Most of the movie just uses the fact that they’re all horrible people to shock the audience. And holy crap did this movie ever shock me. The only thing this movie develops is our protagonist’s descent into destitution herself.

Now I’ve seen plenty of indie movies to know that there was probably not going to be a point to showing me this deranged material. It’s basically in this movie because it can be.

There is a bit at the end, where it seems like the girl realizes her descent into nihilism has consequences, but Raw executes that last part in such a messy, convoluted, stupid way that it all ends up being a wash.

Essentially, the girl (Justine) gets mad at her fellow cannibal sister for doing something shitty (which is kinda every scene in this movie, but hey), and they start getting into a fight, and they both end up biting chunks out of each other. Then everyone watching the fight turns on them (because apparently cannibalism was too far for all of the other assholes), so the two girls walk off apparently fine with being outcasts because they just love eating meat so much…

… and then the next scene happens, and Justine is in bed with the gay guy she has a crush on (who’s so gay that he had sex with Justine in another scene and then… uh… gets mad about having sex with her, and his reasoning is that he was gay, so it was wrong to have sex with her… I don’t know).

But as it turns out, Justine lifts the sheets off to reveal that gay guy is dead, and his right leg was half-eaten. She then screams and blames the gay guy for not stopping her from eating him. And then, it’s revealed that it was the older sister that actually killed and ate the gay guy.

And then the older sister goes to jail.

Then Justine is back home with her rigidly vegetarian mother and passive father, and her father reveals that when they met at that horrible veterinarian college, he discovered that the mother was a cannibal, and THAT’s why she’s rigidly vegetarian. He then unbuttons his shirt to show Justine all of his bite marks, and then he says that one day, Justine will find a way to control the hunger.

Now, I would assume that this whole sequence, in and of itself, would be self-evidently stupid, but I’ve had bunches and bunches of Twitter film people obsess over this movie, so I suppose it isn’t. Allow me to explain.

First off, if the reason the mother was so rigidly vegetarian was because she herself was a cannibal, and she made sure her daughters became vegetarians, why in the world would she send them to the crazy college that forces you to eat a raw rabbit kidney as hazing?

*Oh Steve, stop nitpicking this movie, Steve. You’re supposed to recognize Raw for the masterful artwork that it is, Steve.*

Yeah guys, it only breaks apart the entire premise of this movie, don’t mind me criticizing its fundamental flaws.

Second off, now I don’t know about you, but if a girl was obsessed with munching on me… that would a bit of a turn-off. So you’re telling me that Justine’s father not only continued dating her mother after she kept trying to eat him, but he married her and had two children? Why? Was being eaten his fetish?

Thirdly, the movie basically suggests that Justine’s cannibalism was hereditary. Now, I’m no geneticist, but that sounds moronic to me. Now if this third point doesn’t bother you either (and if you loved this movie, I’m assuming it didn’t), then I can accept that. But I would sooner believe that Ben Affleck’s mild autism gave him superpowers in The Accountant than I would believe that cannibalism is passed down through your genes. Maybe that’s just me.

Also, I also found the idea hilarious that a veterinarian school has such a massive underground hazing club, one that apparently all the teachers look the other way for and that has never been criminally investigated even after generations.

Anyway, this movie was well shot, well acted, and it was an indie film, and that’s why people love it. Deep down, there’s nothing of substance to be had from this movie once the shock wears off. On top of that, while there’s not a large amount of plot holes, the ones it does have basically tear the narrative to shreds.

The character development is spotty. The logic in the movie needed to be removed in order for the narrative to actually work. And ultimately, this is just a film using its narrative to get away with showing disturbing material.

That’s a “no” from me. Material should be used to flavor the narrative, not the other way around. 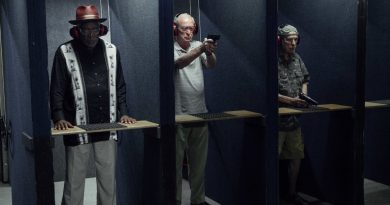 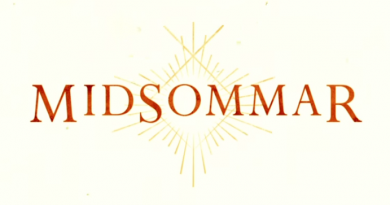 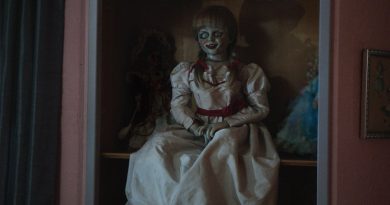