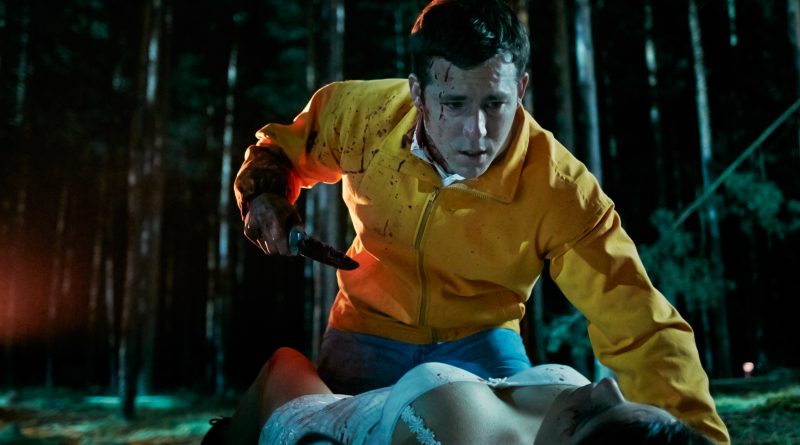 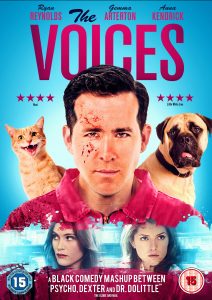 When I first heard about “The Voices” I was pretty excited, finally a film that Reynolds would get to act and we can see if/what he can really do given a good script. Reynolds has had a bit of a bad run in the cinema in recent year I mean we will all never forget how horrifically bad “Green Lantern” and you would be hard done by to find another person like myself that enjoyed “R.I.P.D”. HUGE thanks to Peter Noble PR for the opportunity to review the film.
Arrow Films are bringing the hugely loved “The Voices” to UK shores this coming Monday July 13th, the film is being released on DVD, Blu-Ray and Steelbook, the wonderful steelbook is a Zavvi exclusive. Either of the options will take you to the best place to purchase said copies.

“The Voices is directed by Marjane Satrapi, the Iranian author and filmmaker best known for the Academy Award nominated animated film Persepolis (2007). Ryan Reynolds stars as a troubled, med-addicted factory worker driven to murder by his talking pets, a psychopathic cat called Mr. Whiskers and Bosco, his peace-loving dog. Reynolds also voices both of the animals, while Jacki Weaver, Gemma Arterton and Anna Kendrick play the women unfortunate enough to cross his path.”

Firstly let’s start with the cast, the decision to cast Ryan Reynolds in role was an inspired one he is a truly talented actor that not many people get the chance to see actually act. His roles in “Buried” and “Safe House” I can’t recommend any higher, same goes for this, playing Jerry Hickfang he disturbingly felt at home. Reynolds played the character so well that there was times the viewer is dragged in deep into illusion of lost connection with reality. Gemma Arterton and Anna Kendrick play Hickfang’s unwilling accomplices, Arterton was a wonderful comedic break from the dark story Kendrick on the other hand I personally struggle to enjoy not sure what it is, this time she has won me over playing the smitten Lisa she was a fun addition to the cast. Then we get to Reynolds voicing Bosco the dog and Mr Whiskers obviously the cat, some of the lines for these characters were so hilariously executed by Reynolds you actually fall in love with them even if Mr Whiskers is a bit on the naughty side. The entire cast were thoroughly enjoyable. 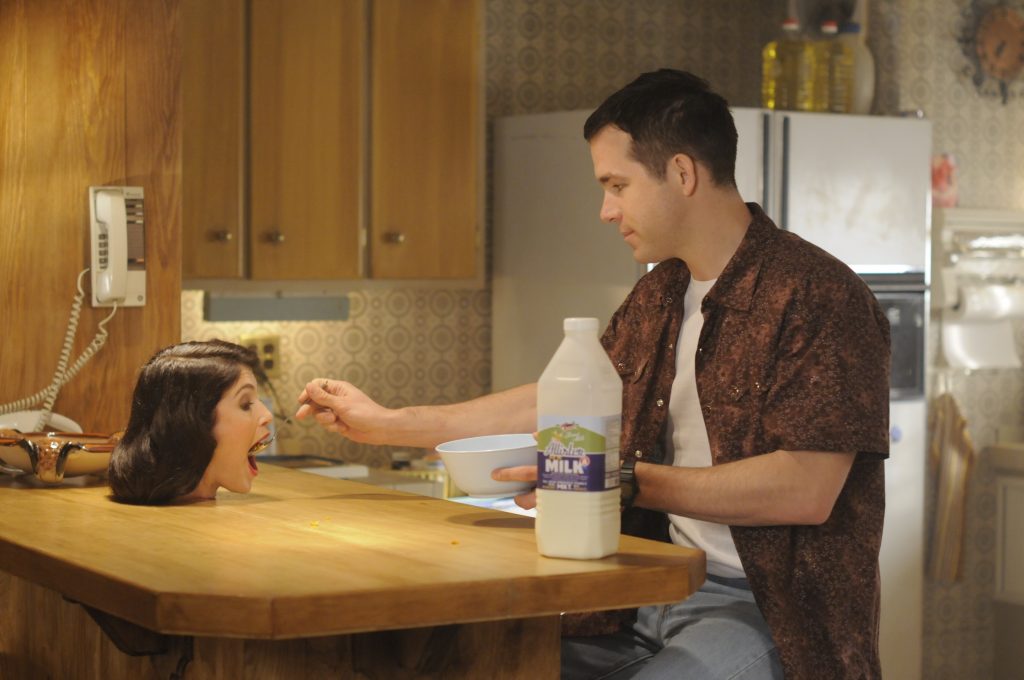 This is the first film I have seen by director Marjane Satrapi and if this if anything to go by I am quiet sure I will be following her career for a long time. She blends perfectly the highs and lows of a Jerry’s struggle between reality and imagination, be it from the belly laughs you get from Mr Whiskers and Bosco to the rock bottom lows of Jerry’s realisation of the real world. Satrapi succeeds in keeping you entertained from start to end, in regards to the end don’t skip the credits you’re in for a wonderfully funny treat which I did not expect but loved.

Onto the story, people constantly complain about Hollywood being lazy and constantly remaking the same stuff, this film is certainly NOT the case. Writer Michael R Perry (“The River” TV show & “Paranormal Activity 2”) really excels in making something new and fresh his character development and witty written conversations between Jerry and his pets were incredible, not only did he write something extremely funny, he writes a script in which we really get to see Reynolds perform his best role to date in my opinion. 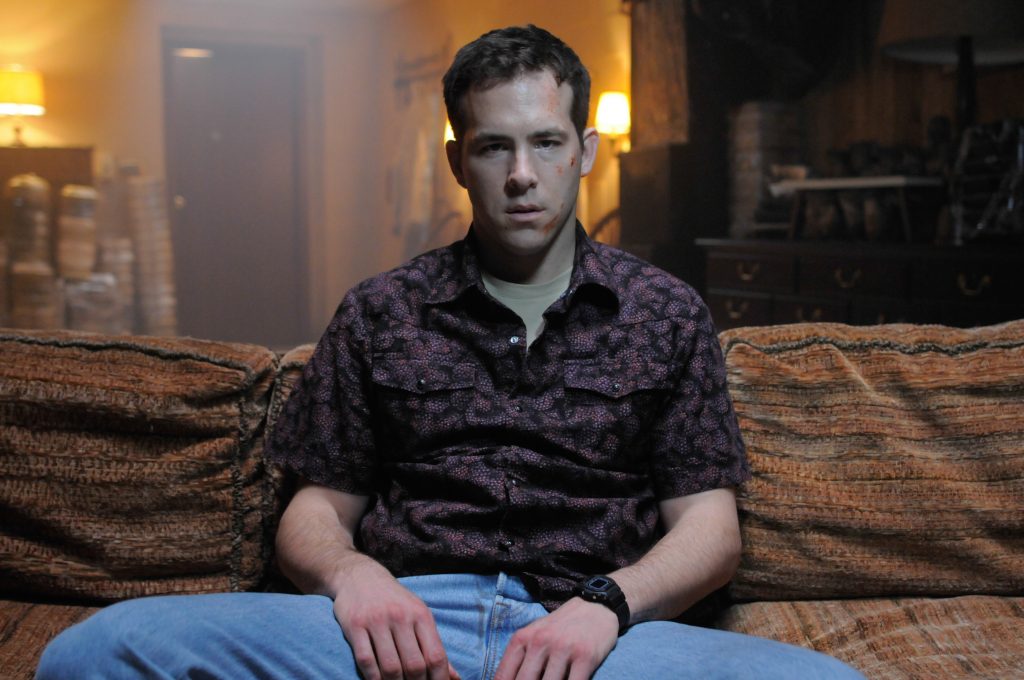 Overall, I found the film to be wonderfully funny was a brilliant mix of dark and light Comedy, Marjane Satrapi does very well at blending the two into one cohesive mix. This film is the perfect film for any fan of the black comedy genre, everything coming together from Reynolds superb performance, to the pacing of the film to hilarious retorts by Mr Whiskers and Bosco you’re in for 103 minutes of pure fun. In short I absolutely loved this film, I couldn’t recommend it any higher to Reynolds fans or just Comedy/Horror lovers in general. Plus it gives us an insight into what Reynolds can do with a disturbed character with a warped view of reality, *cough* Deadpool *cough*. 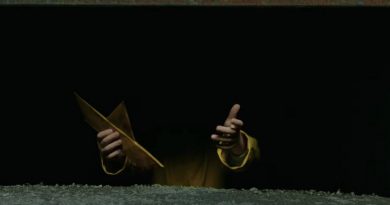 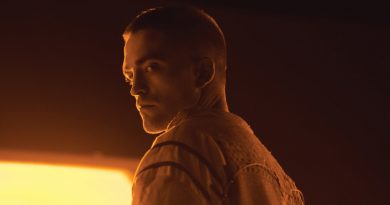 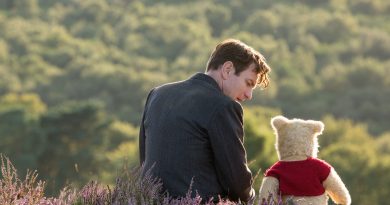 One thought on “The Voices review”