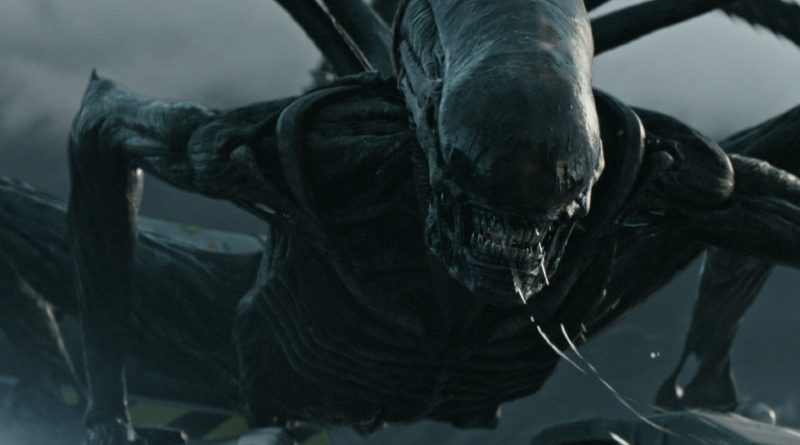 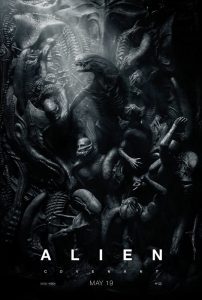 Following on from ‘Promethues’ and indicating there is quite a journey to go in leading us up to events in 1979’s ‘Alien’, we are teased here with what has already gone by and what is yet to come. It retains elements people didn’t like from ‘Prometheus’ but injects elements people loved from the latter entries in the series…or by latter, I mean latter in the timeline, and so previous entries in sense of when they were made!

Think of this as Ridley Scott’s “prequels” to a much loved “original” series. Some will like it, others may not. Sure, the template here is pretty standard from what we know of the films, but how it does it still remains fresh. As said before, it takes ingredient from all the films to evolve things, and that will either disappoint or impress fans.

As someone who has only seen ‘Alien’ and ‘Prometheus’, I am in a position where my expectations are still low, and I have little knowledge of the wider franchise, so if elements in this are lifted from the current films, I didn’t see them and for that reason, as part of a larger picture, I enjoyed this adventure a lot. 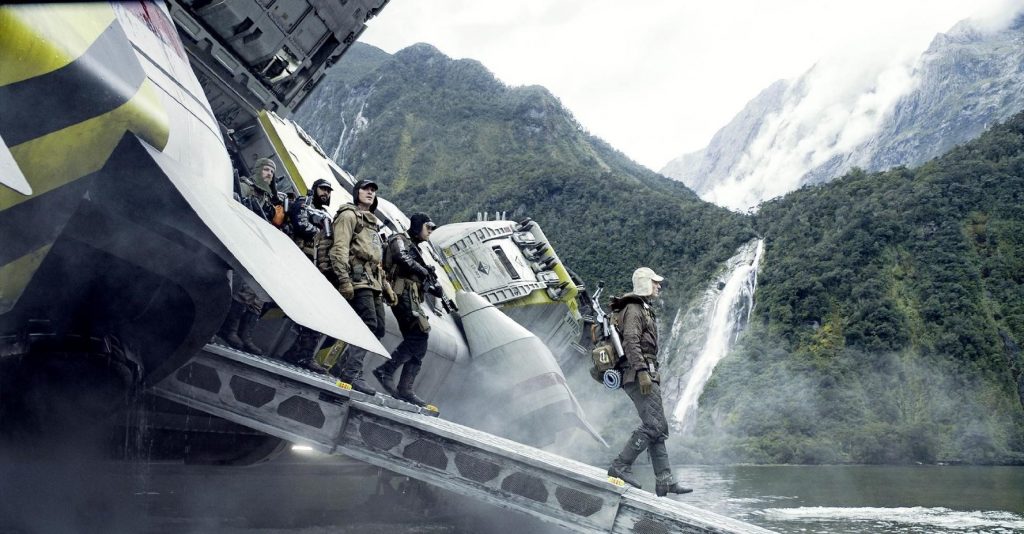 From the off, it has moments that look like a 70s/80s sci-fi adventure. The CGI at times almost looks like model work, and there is a charm to that. The set design has connotations of the era yet to come, and even the costumes touch upon a classic style that you can’t place as new or old. Lots of these touches really bridge the films and, from what I am aware, makes it easy to join the dots that will come to be.

And special mention to composer Jed Kurzel for a soundtrack that almost narrates the film for us. A beautiful, gentle and haunting soundtrack will orchestral power over synths. It’s an engrossing soundtrack that makes the stunning visuals stand out far more and gives it such depth, I fell in love with it from the start. Atmospheric. Peaceful. Tense.

While many of our cast are…disposable…we have at least solid leads to guide us along the way. Katherine Waterston does a good job evolving into a tough and resourceful leader and fighter, but is no Sigourney Weaver whom she will no doubt be compared to, which is a shame under the circumstances of the shadow she is under. I think she does a grand job. Billy Crudup as our Covenant Captain with his conflicted morals and hopes, adding a bit of humanity to things. Danny McBride as our pilot, adding “the man with nothing to lose” element to it and a slight unpredictability. Along with others such as Amy Seimetz, Carmen Ejogo and Nathaniel Dean, they aren’t a bad bunch to be involved with but they aren’t probably the easiest to gel with compared to our previous film. 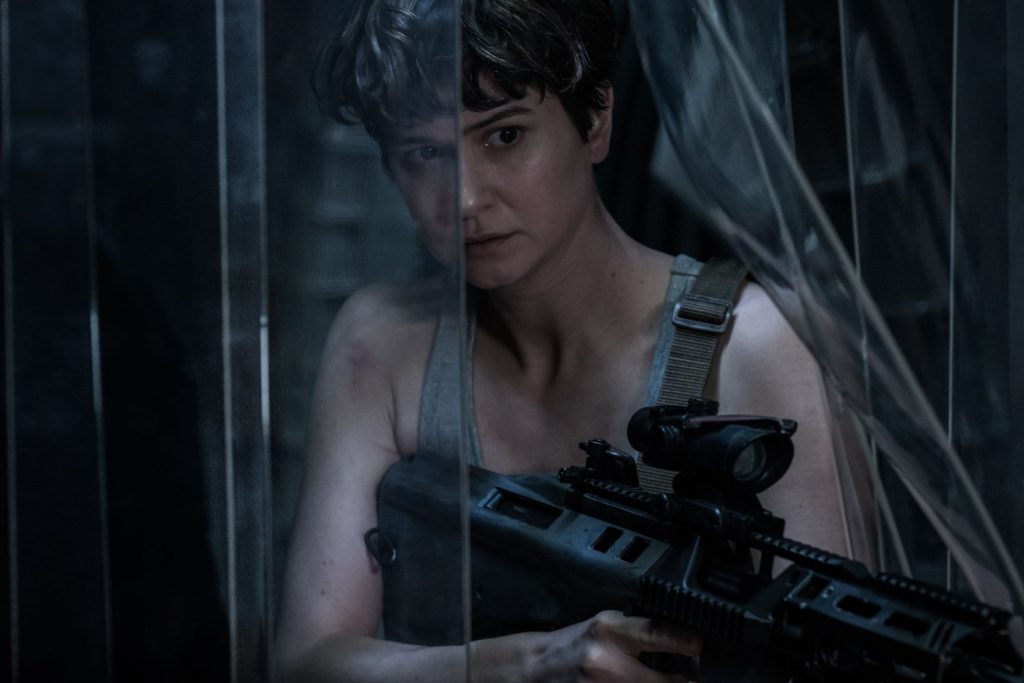 But this film belongs to Michael Fassbender, an actor who continuously entertains and impresses me with the layers he brings to all characters, be them superheroes, assassins, inventors or androids. As Walter, the “brother” to his previous model David, he is the same but far different and doesn’t just phone in the performance from ‘Prometheus’. He’s more human, at times, but still has an unpredictable side you can’t place. His quiet calm and control keeps you on your toes, and he is always a main focus of events, even in the background…you know he is there and always wonder what he is doing and why.

With a few surprise faces popping up also, there are plenty of nice twists along the way – some you will see, others you will think you see, but dismiss. It’s great fun, and very clever in telling a much larger over-arching story as well as the story of the Covenant crew.

And, yes, it was great to have some adult sci-fi horror again. Not much is watered down here folks, and it’s upped the gore and grizzle from ‘Prometheus’. It still is weighed down with the over-arching story that began a decade before, and it’s obvious we are going to have to understand that a little more and explore the biology behind our aliens-to-be. But if you enjoy making sense of things rather than just all-out action, you shouldn’t be disappointed. There is plenty of classic gruesome exploits to start things off and lay the underlying danger, and from then on you never REALLY get the chance to relax.

For the finale, we have some classic ‘Alien’ cat-and-mouse antics and a nasty ode to the Hitchcock ‘Psycho’ shower scene. There is blood. There is gore. There are face-huggers. There are aliens. And they look great…we just want more! And, at the end of the day, Scott knows what he is doing. He is laying down the foundations and building up each level to make all the prequel films paint a big picture. We are at level two now, and I predict the higher we go in reaching our destination, the more exciting, gruesome and horrific it will continue to be. Just make sure Fassbender is driving things. 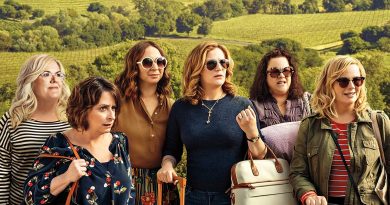 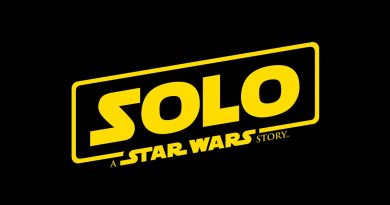 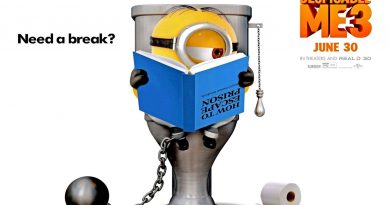