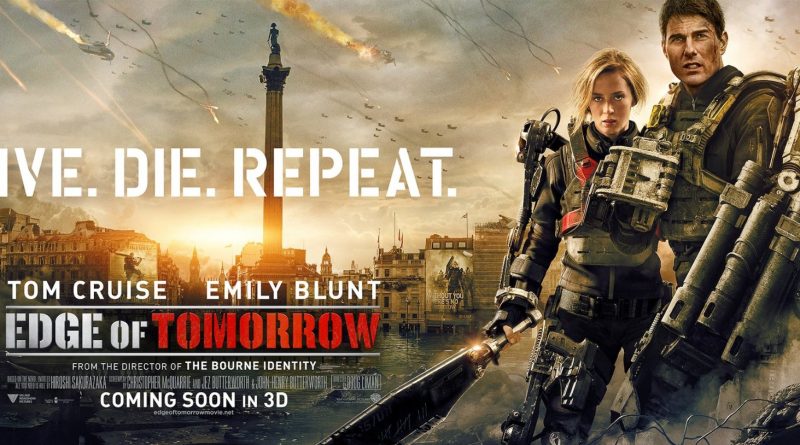 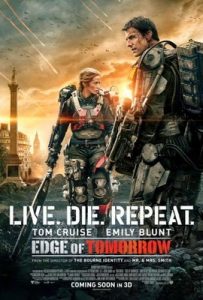 I will start off by saying, in my personal opinion I think Tom Cruise is one of the most overrated and overhyped actors I have ever known. There is very few times I actually enjoy a film he is in, and when I do enjoy that film it is usually story orientated or his supporting cast around him.

Doug Liman is a very hit and miss director, well at least for me, he has had some success in “Swingers”, “Mr & Mrs Smith” and “The Bourne Identity”, then some less than enjoy work with the likes of “Jumper” and “Getting In”. Anyway, back to what matters, Liman’s jump back into the world of Science Fiction, this time around he truly got it right. He really brought on his experience of character driven story like in Bourne and comedic repartee as seen in Mr & Mrs Smith, using past elements really helped him make a thoroughly enjoyable film.

The film really made Cruise take a less than leading role we have seen in previous films, he shared the screen time pretty equally with the wonderfully talented Emily Blunt, Cruise plays Major William Cage a high ranking American military pen pusher essentially, on the other hand Emily Blunt plays Sergeant Rita Rose Vrataski a highly decorated soldier who the humans believe is their secret weapon to take down the alien invasion.

The special effects in this film were phenomenally good, the great thing about them too was they were not used as a crux to keep a boring film alive. They were an integral part of the film, however, they were not over used, they were used to tell the story along with the brilliant story. The quality of the special effects were of that much of a high standard, if felt like playing a video game, they were a beautiful spectacle. Liman uses amazing effects to really sell this as a world ravaged by alien invasion and destruction of major cities, the battlefield landscape they used conveys the pure and utter destruction these “mimics” can unleash on humanity. The battle scenes are beautifully executed unlike some of the Sci-Fi blockbusters in recent years *cough* Transformers *cough*, they are masterfully done and not a muddle together in some sort of blur in which you can not make out characters.

The trailers really never gave this film the justice it deserves, well not for me anyway, they painted a pretty dull attempt at Science Fiction with Comedy with Action elements. The film is a great Action/Sci-Fi based blockbuster with great elements of Comedy which are used to break up the despair of “the end of days” feel. The on screen relationship between Cruise and Blunt was great, and it’s not often I compliment Mr Cruise, however in this event he had a great relationship with Blunt. Blunt’s character Rite not surprisingly nicknamed “full metal bitch” is an utter bad ass not to be messed with and she oozes alpha female, while also having an air of vulnerability that makes her a very relatable and believable character. Also Bill Paxton and Brendan Gleeson are usually a great addition to any cast they appear, this is no exception to that, they were great in their roles of Master Sergeant Farell (Paxton) and General Brigham (Gleeson) while they do not exceed the roles and do something we haven’t seen before they do make them their own. 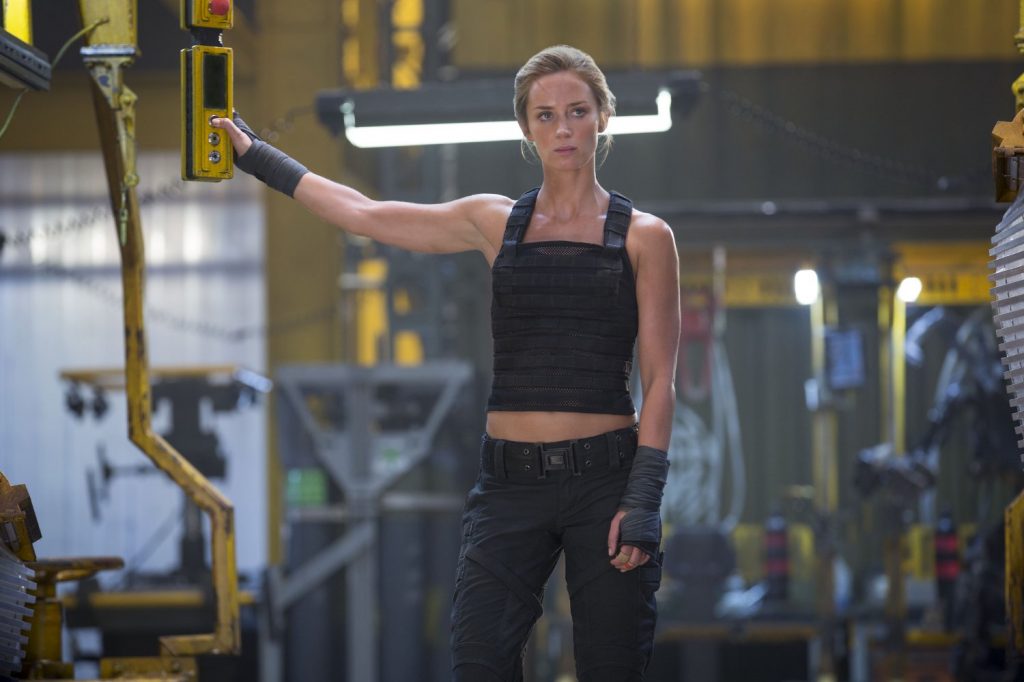 Story was something I was worried about with this film going into it, I expected the use of the “time loop” to be played out and become the constant go to, in order to keep a boring story alive. Boy was I wrong, from the get go the story really pulls you and keeps you excited without becoming overly gloomy or depressing in light of the impending doom from an alien invasion. Instead, the story thrives on wit, action and drama, all the makings of a great summer blockbuster which this really turned out to be. The story flows well together without the overused trope of twists and turns, while still leaving you guessing what could happen next, not many obvious occurrences take place in the story. Plus it was good to see a movie with a beginning, middle and end, no messing around setting up potential details for spin-offs or leaving the ending opening for cashing in on sequels, feel good to see a film that actually ends.

A lot of reviews I have read in the past couple of months have made fleeting comments about how it is inspired by video games, and they are not wrong, the entire film feels like you’re playing a video game and that is not a bad thing. Especially for my fellow gamers out there, who like may also be a little disappointed in how video game adaptations have been a bit below par as a whole. However, this while not based on a video game really thrives on all the video game elements that make gaming so great. If you look at Empire Magazine’s review of the film they said “When Cage (Cruise) awakens into the first day of his enforced demotion (also the second-to-last of his life), he is effectively starting from a save point. When, eventually, a close encounter on that bloody beach with a tentacle-flailing, blast-furnace mouthed “alpha” — the end-of-level boss — causes his health bar to retract to zero, we snap back to that save point, and he must ‘play’ the two days again. With each replay, he must learn how to survive to reach the next ‘level’ (to ultimately meet the end-of-game boss), although, paradoxically, just as we learn from our mistakes in life, he must learn from his deaths. (If you’ve ever sunk days of playtime into a Dark Souls game, you’re guaranteed to sympathise.)” Which is 100% what I would have said, just less professionally written ha.

Overall, the film was a purely entertaining two hour ride of action, drama and laughs (actually funny lines in such a serious story), it was a lot better than I was expecting, I had a feeling I would like it maybe as a passing “yeah, that was okay”, I was SO far off on that. This was genuinely one of the better Action/Science Fiction films I have seen in a while, especially a newer released on. Some may consider the film a “popcorn flick”, and in some respects they are right, however the film has a bit more substance than your typical popcorn flick, this has a more complete feel about it. As I said I don’t enjoy Cruise’s acting, however this was more bearable due to Blunt and the pure brilliance of the film, that being said any male action star could have played the role and it would have been a bit better in my opinion not enough to really change anything though. 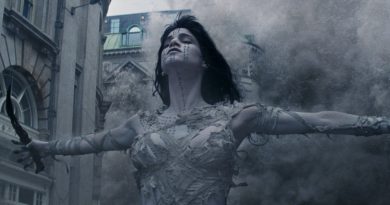 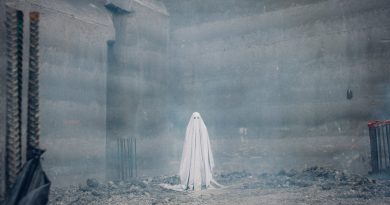