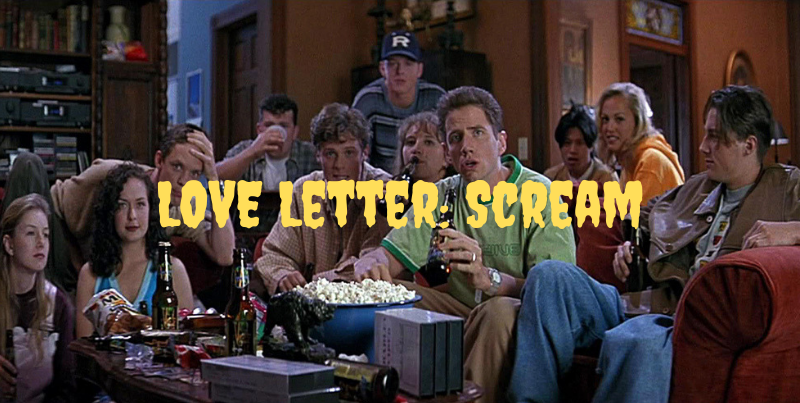 I guess there should be a SPOILER WARNING here, detailed talk of story, deaths, killer and it all will be touched on in this “review”. The film is over twenty years old, but there is always one that cries “spoiler”, so…

The film opens with High School student Casey Becker (Drew Barrymore) home alone receiving flirtatious phone calls from an unknown caller, asking her one of the most quoted lines from cinematic history “What’s your favourite scary movie?” the situation quickly turns from flirtatious to a more sadistic and threatening tone. Revealing her boyfriend is being held hostage, after failing to correctly answer questions about Horror films her boyfriend is murdered, the murderer then sets his sights on her, Casey is attacked by a masked figure donning the now-famous Ghostface mask. Later Casey’s parents return to find her hanged from a tree.

Meanwhile, Sidney Prescott (Neve Campbell) is struggling on the one year anniversary of the murder of her mother Maureen at the hand of Cotton Weary (Liev Schreiber), while at home Sidney receives a menacing . After she hangs up the call, she is attacked by the same masked killer that recently killed Casey Becker, managing to fend off the attacker Sidney is left in an emotional state, not long after her boyfriend Billy Loomis (Skeet Ulrich) during this time Billy drops his cellphone and Sidney begins to suspect he was the one behind the and she makes a run for it. Billy is arrested and Sidney decides to stay over at her best friend Tatum Riley (Rose McGowan) house.

Billy reveals he has been feigning his injuries and that he is actually the killer and Stu is his accomplice, and they discuss their plan to frame Sid’s Dad for the murders who they have . They also reveal that is was them not Cotton Weary that killed her Mum Maureen because he was having an affair with Billy’s Dad, Gale somehow survived the crash and now turns up at the house intervening with the attack on Sid who takes over the situation and manages to kill Stu. Billy proceeds to attack Sid but she manages to get a shot off and shoots him through the head killing him, it is revealed that Randy and Dewey both survived their ordeals and Dewey is taken away by ambulance.

As our good friend Ghostface once said “what’s your favourite scary movie?” and if you were to ask a smorgasbord of Horror fans for their favourite slasher I can say from personal experience that Scream will pop up in a vast majority of people lists.

One of the best things about Scream is the decision to have the victims of Ghostface have an intricate knowledge of how slashers work and they are big fans of the genre. The script by Kevin Williamson ingeniously had the characters continually do what you weren’t expecting based on previous films in the genre, which really plays into the meta approach of the characters, for example, the aforementioned Tatum death scene which is just incredibly meta. Scream in a way suffers from the same misfortune that “Last Action Hero” did in that a vast amount of audiences at the time were not expecting or maybe even fully understanding of what a “meta” story was, at that point of both genres certain expectancies were in place I find and their self- approach to storytelling seemed to not be as a big a hit as it could have been. I in no way mean that Scream underperformed critically or at the box office, I mean how could I, it made near $175 million against $14 and averaged say 7/10 across numerous rating/reviewing platforms.

The origins of how Scream came to be are a pretty interesting story, to me at least, Williamson was an unemployed actor/screenwriter struggling to get a decent gig and ended up throwing a script together in a few hours. Williamson was taking a screenwriting class at UCLA at the time and saw a news special about Daniel Rolling (Gainesville Reaper) in the early 1990s by breaking into the homes of young college students and killing them in horrific fashion. “During the commercial break, I heard a noise. And I had to go search the house. I went into the living room and a window was open. I’d been in this house for two days. I’d never noticed the window open. I got really scared. So I went to the kitchen, got a butcher knife, and got the mobile phone.” said, Williamson during an interview with CNN in 1997 he went on to talk about how he called his friend after he heard a noise upstairs and they were teasing him about how a killer could sneak into his house and get him. “One thing led to another,” Williamson said. “I went to bed that night so spooked I was having nightmares, so I woke up at like three or four in the morning and I started writing the opening scene to Scream.” Originally titled Scary Movie, Williamson threw together a story about a killer in a small town, kind of a murder-mystery with stereotypical teenagers in the firing line of the killer.

The cast is by far one of the most wonderful things about the film, it almost feels as though the characters were written for the actors themselves they fit the moulds so perfectly. If you aren’t rooting for Sidney from the get-go, you are doing it wrong, Campbell brings complete realism and a relatable feel to the character, as does everybody else. Sidney is so far from the traditional “damsel in distress” in a slasher to the badassery we see in Ripley and Sarah Connor. That is where the acting supersedes so many within the genre, while there is always heavy reliance on stereotypes and over the top interpretations of teenagers in Slasher films, Lisa Beach managed to bring together a cast of actors that were able to make every character feel like somebody you know in real life, even with their Hollywood over the top characteristics for the sake of film. The complete flip that Skeet Ulrich’s Billy and Matthew Lillard’s Stu take on after the twist was astonishing, some of the finer acting I have ever seen in a slasher film, I went from just in love with Stu and his immature teenage antics to “oh, fuck” in a heartbeat, as for Ulrich he played “weird” throughout the film and you never really know whether you should trust him, even when you find out you shouldn’t have it’s still a kick in the chest. Then you have Gale Weathers (if I have never professed my love for the ridiculous weather reporter names in America, I LOVE THEM) and Deputy Dewey Riley, two incredibly strong and emotionally driven characters executed brilliantly by Courteney Cox and David Arquette respectively, the same applies to Tatum Riley the sister of Deputy Dewey and best friend of Sidney played by Rose McGowan who perfectly delivers one of the greatest lines in cinema history, “No, please don’t kill me, Ghostface, I wanna be in the sequel!”, it is so meta you can almost feel Williamson slapping you in the face and saying “yes, that happened”.

The master of horror, a title that gets thrown around a fair amount, but usually lands at the feet of John Carpenter and with good reason. However, for me, the title should go to Wes Craven, the constant conversation of the all-time greatest Slasher film includes his work without fail. We always see “A Nightmare On Elm Street” and “Scream” high on these lists and rightly so, Craven was a film-maker who redefined what Horror was, not once, not twice but I would argue three times in his career. Jump back to 1977 and “The Hills Have Eyes” changed the game for mainstream acceptance of “pulp” in horror films, granted it did take inspiration from “Texas Chainsaw Massacre” but it is very much Craven’s own beast, roll forward a mere seven years and Wes Craven released Freddy Krueger on to the world in “A Nightmare On Elm Street” at a time when horror was kind of campy and silly, not that ANOES isn’t either of those things, it is, but it is also creepy and scary and introduced us to an all-time great movie character. After the success of the early 1980s, later in the decade, the genre was nowhere near the levels it reached in the years before the decline which lasted into the 1990s too, until there was a Slasher resurgence which was spearheaded in part by “Scream” in 1996. Along with genre-defining film, Craven also sprinkled in very incredible quality films too honourable mentions to “The People Under The Stairs” and “Wes Craven’s New Nightmare” which cemented his legacy in the moviegoer’s lexicon. For 40 years he scared the ever-loving shit out of audiences, and his legacy will forever live on in his numerous masterpieces.

While playing with all the tropes and cliches cemented in horror over the previous decades, Scream is also able to have a lot of fun with them and make their own tweaks to it. What Williamson and Craven did with their female characters was a nice change for the genre, gone were the days of the damsel in distress and looking for a man to save them, Sid, Tatum and Gale are all as smart and even smarter than the dudes in the story and have no fears in fighting back when in previous stories from lesser minds they would have cowered from confrontation. While Scream leans into the trope of the Final Girl with Sid, Williamson made the decision to not just have Sid survive the killer, but to have her survive with friends and have her walk into the sunset (sunrise in this case) not be a solo venture but one with the people who matter.

Over 20 years later we are still talking about Scream like it is the brand new kid on the block, it still feels fresh as ever and we can thank Wes Craven and Kevin Williamson for that. 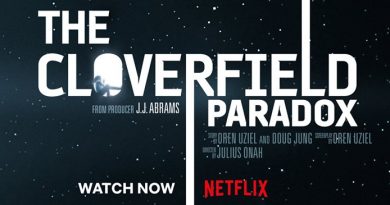 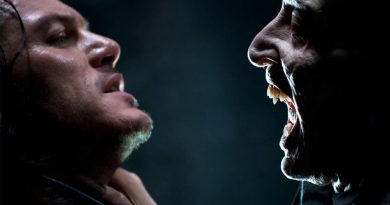 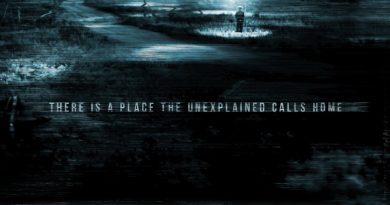