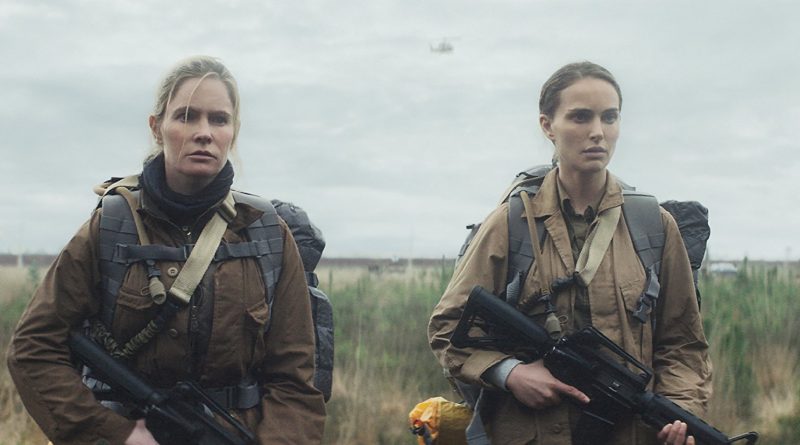 So I had the vast majority of this review written out, and I was fully prepared for what rating I was going to give it, but then my brother asked me if I wanted to see it again, so I decided to do so. And then after seeing it a second time, I had to throw out the entire review and write a new one.

So that’s why this review is late. My bad.

Annihilation is a very hard movie to talk about and grade because it is a layered film. Now, I’m not trying to use that word as some sort of snobby cop-out; I’m saying that there’s a lot going on in the movie, and what I perceived to be plot holes during the first viewing were corrected when I saw it again because I picked up additional things on a second viewing.

And this is saying a lot for me because I am usually good at picking up on everything I need to know about the plot in films.

Everyone is really good in this movie. Oddly enough, the weakest performance was Natalie Portman’s. She was really good for the majority of the film, and her character arc is great, but there are moments in her line delivery that were occasionally awkward and/or unconvincing.

In a general sense, every other actor was great. The five main women were all fleshed out and were characterized enough for you to understand them. I wouldn’t say any character or performance blew me away, but at the very least, I can give props to the film for trying to create actual characters.

The absolute best elements of the film are its concept and its visuals. Annihilation is quite unlike any other movie that I’ve seen before, and the concept was truly unique and inspiring.

The soundtrack was great. There’s a specific guitar strum that is distractingly overplayed, but none of the music was bad, and the bit that was played around the end of the movie was fantastic, ominous, and emotionally complex.

The film’s cinematography was well above par.

Now, there are a few complaints I have about the film…

It’s such a shame that for a movie that was so good at showing instead of telling, they do have a few dumb flashback scenes that provided unneeded context, one or two bits of unnecessary exposition, and title screens that told us where the characters were going despite the fact that the audience could’ve easily picked up on that on their own.

The film also introduces this concept of people going into “The Shimmer” and forgetting long spans of time while in there. They utilize this idea for one full scene and then never do anything with it in a meaningful way ever again.

Also, this is a complaint my brother had with the film: the movie seems pretty loose with the rules of how the universe works, and a lot of the elements in the movie don’t really make a whole lot of sense when you’re thinking of things like consistency.

I disagree with this critique, however. I do admit that the rules are kinda loose in this movie, but without spoiling anything, that’s kind of the point. Now, I would be really irritated with it like my brother was if they used the rule inconsistency for cheap plot points and lazy cop-outs. However, Annihilation never really uses its inconsistencies in any sort of cheap way (in my opinion at least).

I honestly really loved this movie. It’s one of a kind. If I were grading this movie solely on its concept and uniqueness, I’d probably give it a 9 out of 10. However, all the other elements are not quite up to par with its concept. There’s nothing in the film that sinks it, but there are few disappointing pieces of the movie that could’ve easily been fixed.

But it’s a fantastically impactful movie that my brother, wife, and I all talked about for a long time afterwards.

For all of you Marvel boys who have now seen Black Panther six or seven times, maybe don’t see it again and buy a ticket to this movie, because right now, it ain’t doing so well in the box office. You should change that. 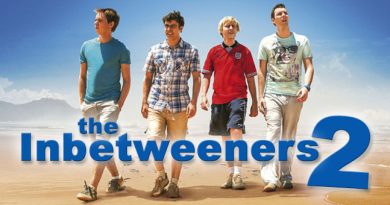 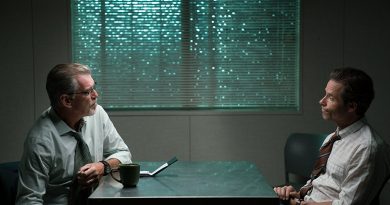 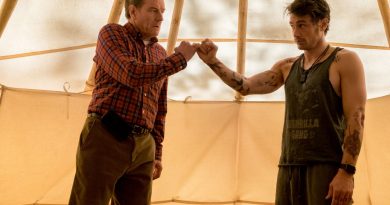