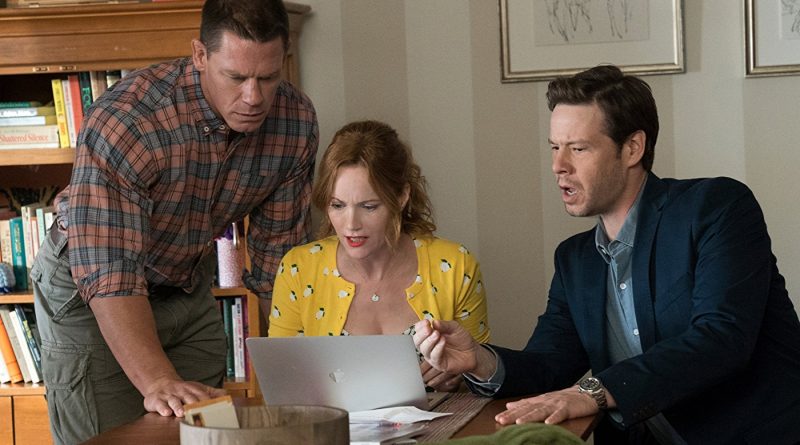 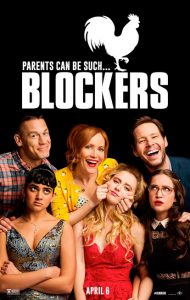 It’s a wonderful feeling when a film comes as a complete surprise to you. No one had pegged Kay Cannon’s directorial debut, Blockers, to be a sweet, constantly amusing and surprisingly relevant coming-of-age comedy, yet here we are! The writer-turned-director has crafted a funny and charming film that looks to continue 2018’s streak of impressive studio comedies, hot on the heels of Game Night. Blockers stars Leslie Mann, Ike Barinholtz and John Cena as a trio of parents who attempt to stop their teenage daughters from each losing their virginity on prom night in a sex pact. Also starring Kathryn Newton, Geraldine Viswanathan and Gideon Adlon, the film defied horribly generic marketing to win over audiences and critics alike, and I’m no different!

It’s a pretty simple premise and the set-up is a little clunky, to begin with, but when Blockers finds a rhythm it manages to become a rather impressive comedy. Its breezy 102 minute runtime is effectively split between the parents and the girls, finding a balance with the story; with Mann, Barinholtz and Cena, it considers the difficulty of seeing your children become adults and letting go despite the pain; with the girls, it explores the transition into womanhood and dancing to your own beat. It covers a lot of ground in such a pleasant manner, under the guise of a simple comedy. 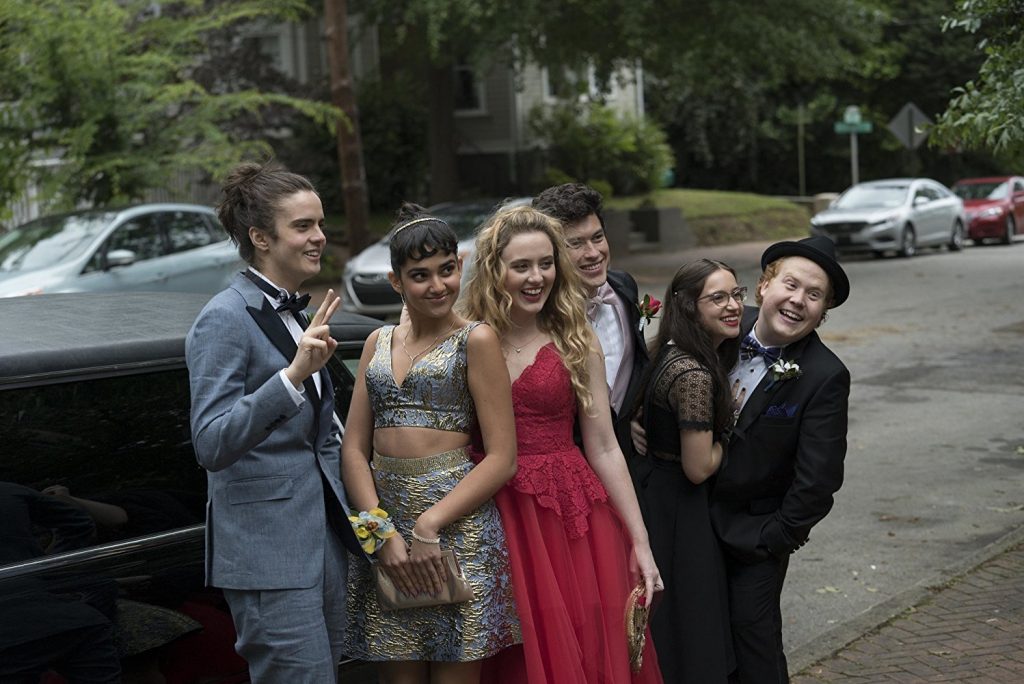 Yet, it is the infusion of numerous sub-genres that allows Blockers to work; ranging from some genuinely lovely romantic moments to a teenage coming-of-age melodrama, with a dash of action for good measure, Blockers whizzes by in a flash. Its rousing themes of female empowerment and agency, matched with its sex-positive approach makes this a truly refreshing addition to the sub-genre. And to top it off, Hailee Steinfeld’s Love Myself becomes the perfect anthem for the film, used to heartening effect.

It’s not difficult to see that Blockers benefits from a woman’s touch. With Cannon behind the camera, sincerity is oozing from the film. It’s made with a real heart and soul, packed with wholesome messages that move more than you are expecting. Each of the three girls at the centre of the story is afforded their own unique side-story, although the underlying message is one of friendship and unity. It was the subplot about Sam that surprised me most; her coming-out story didn’t become a laughing matter, handled with an admirable delicacy but still peppered with giggles and fun. It’s well-developed and stunningly-realised, heartfelt and authentic. Cannon manages to achieve a fine balance with this film, exploring and establishing the various dynamic effectively, with a strong focus on character and relationships. The shifting tones are kept under control and Cannon juggles the pieces impressively. I would say that in less confident hands this might not have worked, but lest we forget that this is a directorial debut: Cannon seems like she’s been doing it for years, helped no doubt by her screenwriting duties.

It’s pretty consistent too. Sure, it sags in the middle act a little with some unnecessary sequences and gags that cheapen it a little (including a mass vomit set piece that felt gratuitous, as well as numerous dick jokes that become frustrating when they’re pushed over more organic laughs). These moments are never irritating enough to collapse the entire thing but they do hold the film back somewhat. The pacing is nice and tight and while it could do with shaving ten minutes or so from the middle, where it becomes a little too loose with the vulgarity, it’s not a disaster. 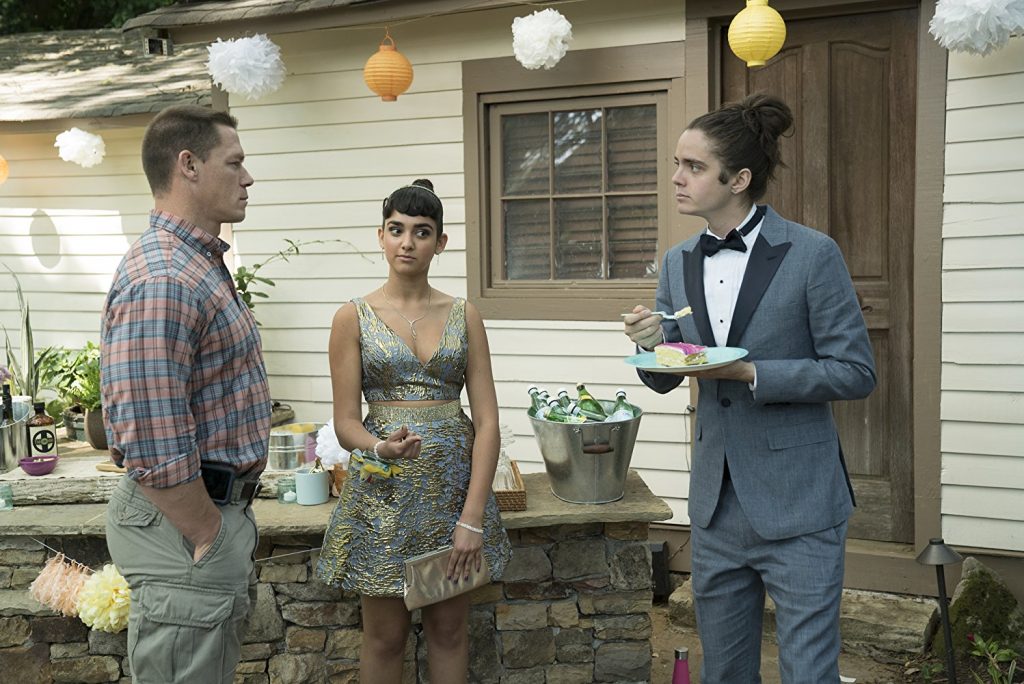 It’s thanks to some pretty stellar performances across the board that keeps Blockers‘ momentum going. While all six principal players deliver solid performances, a handful stand-out; John Cena’s pretty consistent and throws himself in as the over-protective father, with some outlandish sequences and set pieces he really commits himself to; Leslie Mann provides a lot of the film’s emotional core, displaying the struggle of a parent letting go of their child with real conviction; and newcomer Gideon Adlon goes for the heartstrings and succeeds with her nuanced turn of self-discovery, acceptance and confidence. She’s will go on to do wonderful things, if this performance is anything to go by. All six muster a fine chemistry that ensures the laughs keep rolling, even as the story grows a little more absurd as the minute’s tick by.

Blockers really surprised me. It might not be the most outright hilarious, or most memorable comedy to grace our screens, but Kay Cannon has crafted a consistent piece with equal humour and heart. Raunchy, empowering and with a deep focus on character – something that is often lost within the genre – Blockers’ socially-progressive tone and girl power vibe gives it a refreshing perspective on the genre, while still ensuring that it is light on its feet and ultimately entertaining. With an awkward tenderness and consistent gags, Blockers overcomes a bad title and weaker marketing to continue 2018’s strong comedy streak. 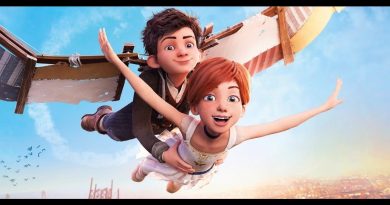 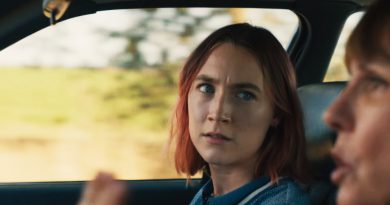 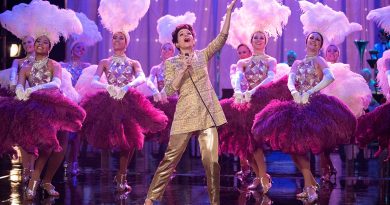