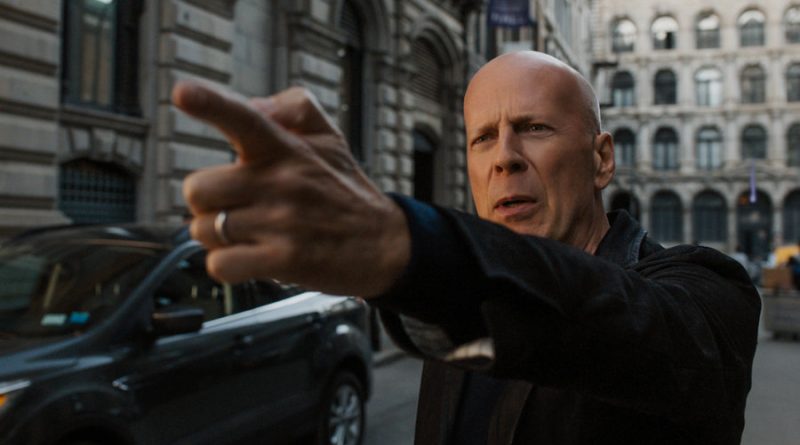 Oh joy, oh joy. How excited I was to see this movie.

…No really, I was excited to see Death Wish. It’s been a very long time since I’ve seen a decent action movie within the sub-genre “Local Badass Kills Everyone” (if you don’t know what I’m talking about, read my review of Proud Mary for a quick explanation). Besides, Bruce Willis has been in… a few great movies, and the film was directed by Eli Roth.

Now Eli Roth as a director has been known for making films that are consistently two things:

So I walked into Death Wish expecting something that would be stupid and campy, yet was also brutal, vicious, and ultimately a fun experience…

…Instead, what I saw last night was the cinematic equivalent of white bread.

Unfortunately, while this movie is indeed “not very good”, the very last thing that Death Wish can be called is “extremely edgy and violent”.

Death Wish is drowning inside a vast ocean of action movie clichés. Just the first twenty minutes alone are so uninspired that I thought that it might’ve been a joke. The film starts with a montage of radio stations explaining the themes of the movie (in this case, the idea that there’s a lot of crime, and crime is bad), then we have an overly dramatic cop car scene, followed by showing how Bruce Willis’s character is tired of all the crime going on, followed by scenes depicting Bruce Willis as a stereotypical suburban white dude with a loving wife and daughter… and this is all within the first ten minutes. I could go on with the list of clichés, guys. But I think you get the point.

And during this entire time, I was looking for some sort of hint that all of this was a ruse, that the film knew how unoriginal it was being, and that it was part of the joke. But the tongue-in-cheek moment never came because this movie truly doesn’t know how painfully unoriginal it is.

Bruce Willis plays Bruce Willis in this movie. His character is solely defined by the fact that he has a wife and child, and that he’s a doctor. There is absolutely no other character trait that you could stick onto him in any sort of genuine way. What’s worse is that Willis is horrifically bad in this movie. There were moments where he was trying to act dramatically, and all I could do was laugh.

Bruce Willis’s wife and daughter are painfully boring props. The movie somewhat improved when the wife died and the daughter was taken out of the movie.

Everyone else in this movie is a shallow, poorly defined character. Dean Norris essentially plays a watered down version of Hank Schrader from “Breaking Bad”. Vincent D’Onofrio broke new ground in that  this was the first time I was extremely bored seeing him act. Every single villain is cookie-cutter and uninspired.

Of the Five Rules that I believe are required for this sub-genre (again, read my Proud Mary review if you’re confused), Death Wish really only succeeds at Rule 3: “Give our hero an intensely compelling motivation to do what he/she is doing.” It fails the rest of them with flying colors.

Of course, there IS a few moments of brutal violence (Rule 5), but they’re never interesting or exciting enough to cause investment into the story. And that’s because action and violence doesn’t truly benefit a film unless you get your audience to invest in the characters and story first, something that Death Wish was completely inept in doing.

The movie also has a bunch of scenes where radio talk show hosts spend time commentating on what Bruce Willis was doing. One or two moments like this might have been tolerable, but the film constantly cuts to radio commentary explaining events we’ve already seen happen. And all it ever does is just give opinions on the events we just watched. It was extremely lazy, uninteresting, and it absolutely butchered the flow of the movie.

Holy crap, I almost forgot. So during one of the radio scenes, one of the hosts mentions that “The Grim Reaper” (what they call Bruce Willis when he kills bad guys) is now a meme, and they show pictures of “memes” made about his vigilante justice. It was so cringey because the movie lacked any sort of awareness about how memes were made… like apparently memes are people drawing artwork of a grim reaper. When this happened, I leaned over next to my brother who was watching this movie with me and whispered, “Hello, fellow kids.”

The soundtrack and cinematography were honestly so unspecial that I am having a hard time describing them to you, even after getting out of the movie a mere 3 hours ago.

The script and the production quality are both completely contrived. Whenever people are speaking, it rarely feels like two human being talking. The set design looks so clean-cut that many locations feel lifeless, as if it was just some sort of factory product.

The themes and messages of the film are so freaking dumbed down and obvious.

Death Wish lacks any sort of specialness or uniqueness, and it cascades itself under a massive waterfall of overused action movie tropes. The acting is bad. The pacing is bad. The events and characters are forgettable as hell. It’s a run-of-the-mill action movie that has almost no redeemable qualities whatsoever. 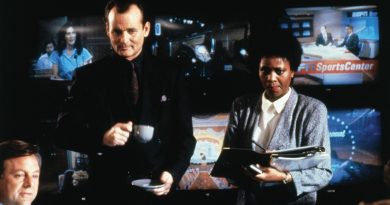 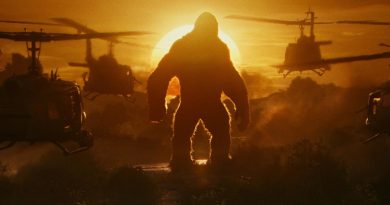 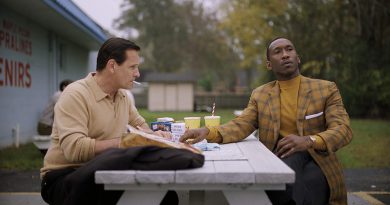