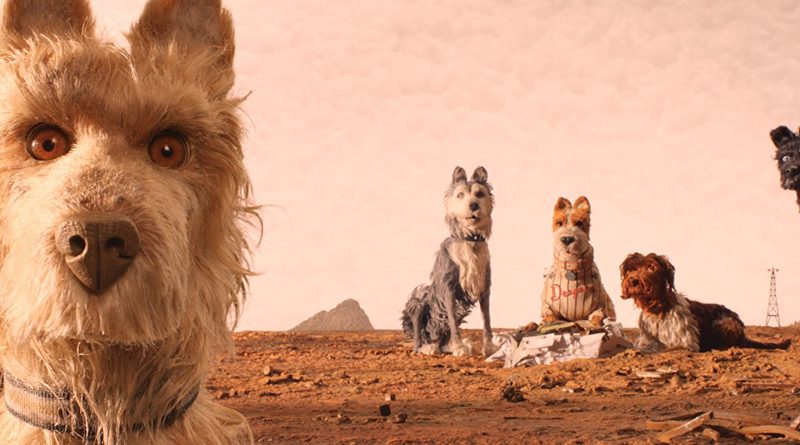 If I could give Fox Searchlight a piece of my mind…

For the opening week of this movie, out of the dozens of theaters that are within a fifty mile radius of me, just one, ONE THEATER is playing Isle of Dogs for the foreseeable future. What’s wrong, Fox? The mediocre Battle of the Sexes got a significantly wider release under your guard. Heck, even the surprisingly bad TABLE 19 got a wider release than this, you hacks!

…I digress. Perhaps this rage is just because I’m a Wes Anderson fanboy. On to the review.

SITWOL: A young boy flies to an island for outcasted dogs to find his own dog.

Isle of Dogs is a very, very delightful movie with a lot of the charm that Wes Anderson has trademarked: the frequent symmetrical shots, the conscientious color palettes, the lighthearted and witty dialogue, the somewhat unique soundtrack, and an extreme self-awareness of how ridiculous the story’s premise is without really ever feeling cheap or corny. It’s all there, just… less than most Wes Anderson movies I’ve seen. The more I think about the film, the more I think that his style is somewhat toned down in this one.

All of the voice acting in the movie is delightful and near flawless. Many, many members of the classical Wes Anderson cast are there (Edward Norton, Bill Murray, Jeff Goldblum, Harvey Keitel), and all the other voice actors like Bryan Cranston and Greta Gerwig were also fantastic.

One of the limitations this movie tried to set for itself is that almost all of the human characters speak Japanese while the movie provides almost no subtitles. This forced the movie to spend a lot of time trying to communicate information visually instead of expositorally.

As always, I am a fan of this.

With that said, the movie wasn’t as creative with this gimmick as I thought it would be. The movie spends a lot of time having an “interpretive” character, as well has having an American exchange student say things in English. Both characters provided, I think, more explanation than what was needed. In fact, I almost want to say that this is the least intuitive movie that I’ve seen from Wes Anderson.

All the animation was very visually appealing, whimsical, creative, and had a great sense of comedic timing.

The music was really great.

I’m not going to touch on the humor too much, because humor is mostly subjective, but the comedic timing in this movie is truly something else.

One of the biggest complaints I have about Isle of Dogs is that it forgets some of its characters midway through the movie. There’s quite a few characters in the film that, as if all of a sudden, the movie no longer has any purpose for them and stops developing them altogether, even though they were very important during the first half of the film.

A lot of people have been saying that Isle of Dogs is, at its core, made as a kid’s movie… and even though the movie has a small handful of shocking scenes, I agree with these statements. This is definitely the safest movie I’ve ever seen from Anderson’s catalog, and there are significantly more appeal-to-emotion moments that felt like it was using the “dog factor” to make cheap emotional moments.

There’s also a really dumb bit at the end that, without spoiling anything, kind of reminded me of my least favorite part of Baby Driver. (I can elaborate if you want, but it would spoil the film.)

I want to stress that I really did truly enjoy this movie, and it’s a really amazing film (it’s currently my favorite film of the year). However, I’m not going to just blindly give a 100% stamp of approval to a great director if I have complaints about a film. I didn’t do it for Edgar Wright last year, and I don’t plan on starting now.

This is currently the best movie I’ve seen all year, but considering the year is 2018, that’s not that grand of a statement. I’ve been warring with myself for a while now whether Isle of Dogs gets a very enthusiastic 7, or a mild 8. It’s certainly not lower than a 7, and I don’t think it’s a 9.

Whatever, I’m going to round up. Sue me. See this movie if Fox Searchlight somehow graced your area with a showing.

Honestly, Fox Searchlight, what the heck is wrong with you guys? 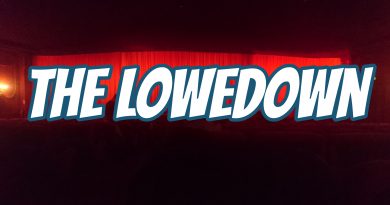 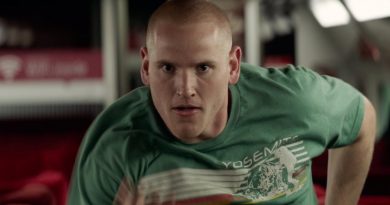