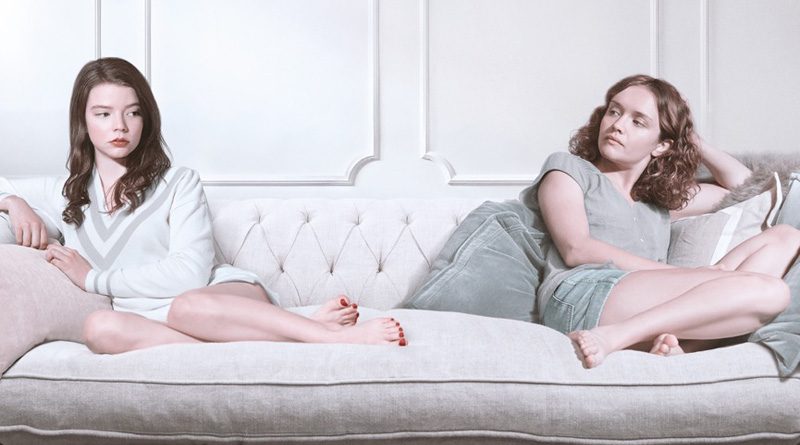 So it took me a while to see this movie because, unlike all the other drivel that I watched recently, Thoroughbreds was only in one theater far away. So, thanks to my GPS, MoviePass, and a few extra miles, I finally went and saw it tonight.

This movie was really good. As usual, Anya Taylor-Joy was fantastic, as was Olivia Cooke. Anton Yelchin, while a small part of the film, also performed really well. This is one of the last films that Yelchin performed in before his death, and it’s a damn shame.

The film acts as a bit of a character study of two young women who have borderline emotional disorders. This made much of the story darkly fascinating and humorous. This movie is being widely praised as a “dark comedy”, and while this movie is certainly funny in some areas, I’m not sure I would characterize it as a comedy.

Thoroughbreds frequently excels as a film by just how mesmerizing the cinematography is. What would have otherwise been boring shots of something like a person walking down a hall were made more interesting because of just how the scenes were framed, shot, and paced. This, along with the interesting, sparingly used soundtrack made this film really pop and become unique as a film.

The dialogue is very witty and clever even though it becomes stale eventually… I’ll get to why soon.

It’s because Thoroughbreds is completely submerged into abject nihilism.

Much of the plot is just these two discussing and acting out their complete sociopathic tendencies.

With that said, this does make for a very fascinating film, but after a while, I found it very hard to care for anybody because nobody is worth caring about. In fact, there are some people in this film that are absolute monsters.