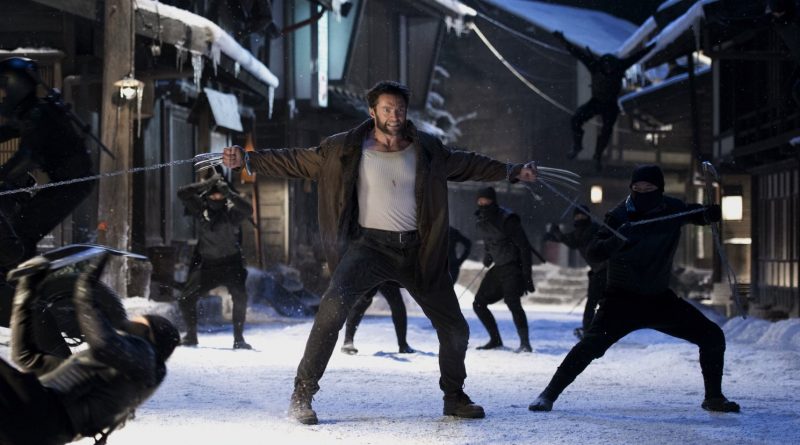 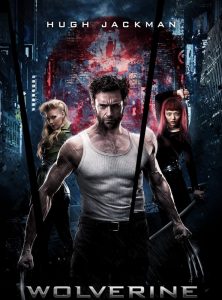 I have been a HUGE X-Men fan for as long as I can remember, even as a child I loved the animated series more than I should have ha. So when it was announced there would be another addition to the X-Men franchise I was made up especially when I heard it was another Wolverine instalment, they had to make up after Gavin Hoods not very well acclaimed “X-Men Origins: Wolverine”. Wolverine has always been a favourite character of mine, for me he is equally the best comic character along with Batman.

At times you kind of forget this film is a comic adaptation, it kind of has a more noir thriller feel too it, the story is based on a 1980’s story arc by Chris Claremont and Frank Miller. The film opens with a prologue by the Wolverine himself while saving a Japanese soldier from the horrific atomic bomb dropped on Nagasaki before making a switch to Americas northern neighbourhood Canada. Where Logan is shown torn to pieces following the death of his one true love Jean Grey events which occurred in “X-Men: The Last Stand”. In the woods Logan comes across a bear that has been poisoned by a hunter, the hunter which Logan tracks down, this exert is taken in near perfection from the comic.

After this is really when the film kicks into full on storytelling mode, Logan meets Yukio, who is Harada’s bad ass assassin, when she arrives in Canada to give him a sword from her master. “The Wolverine” strives on a great Crime/Thriller aspect which is kind of obviously going to be there when you see who wrote it Christopher McQuarrie (“The Usual Suspects”) was involved, so this pedigree holds for a beautifully made film with great characters and a great script. After arriving in Japan, Mangold tries to keep true to Japanese rituals and traditions to me, he does that superbly. This just cements for me the fact that Mangold was a great choice to direct.

All this depth is shown at Harada’s funeral when the proverbial poop hits the fan, when a bunch of Japanese criminals attack the home and attempt to kill his sole heir and granddaughter Mariko. In which can only be described as a old school Hong Kong-esque fight scene, car chase and even the inclusion of the famous Japanese bullet train. This is just one of the styles Mangold uses throughout the film which creates an unbelievable violence which shocked me they included in a 12A (UK certificate, PG-13 US I believe). Even with all this incredible action, Mangold took time away from the Kapows and Bams in order to delve deeply into the relationship between Logan and Mariko, which serves as a nice break from the action.

The third act of the film is really where they go back to the comic book aspects we have seen more in Singers instalments in the franchise. Logan comes up against a monster of a villain when he encounters Silver Samurai who is huge compared to comics, but I guess that it is a given due the fact we have a near 6 foot tall Wolverine opposed to the smaller man in the comic panels.

It was great to see Jackman getting to play the more human part of Logan we rarely get to see in previous X-Men films, and play it well he does! It is not only Jackman that plays his character well, Mangold gets the best out of his Japanese actors who a lot would say are playing outside their comfort zones by featuring in an English language film. Just another reason in why Mangold was a fine choice, this is the Wolverine/X-Men film we have been waiting for since 2001 when Singer released the first X-Men movie.

So overall, amazing action, incredible acting, done so much better than people would expect or give credit for within a comic based film. I can safely say I am a huge fan of this film I even have the film on Blu-Ray Steelbook and it is one of my prize possessions, I highly look forward to the next instalment with Mangold and Jackman! 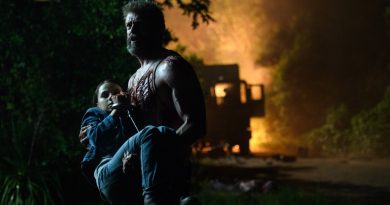 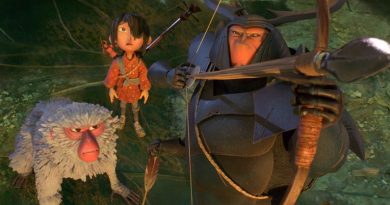 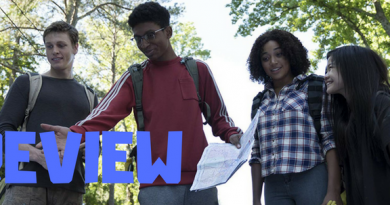